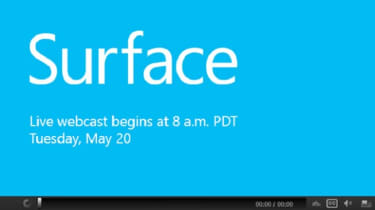 The latest addition to the Microsoft Surface family devices are expected to make their debut today at a launch event in New York.

It has been widely tipped the company will use the event to announce the release of a smaller version of the tablet, dubbed the Surface Mini, as a possible challenger to the Apple iPad mini or Google Nexus 7.

Where to watch the Surface launch event

Microsoft is planning to live stream the event from its Surface newsroom, which can be found here.

Meanwhile, some industry watchers have predicted the firm is planning to debut both devices at the launch event, which takes place at 4pm UK time.

Either way, the team at IT Pro will be on hand to bring you all the news from the event, as well as keep you updated throughout the day about all the latest Surface news via this live blog.

3pm - Other rumours suggest the Surface Pro 3 will boast a 12in screen, whereas the previous generation sported a 10.6in one, and will be unveilled alongside a choice of four differnt type covers.

2.20pm - Windows Phone Central reported several days ago that the Surface Pro 3 will be available in 5 configurations, with prices starting at $799 for the 64GB version, which also features 4GB of RAM and is powered by a Core i3 Intel processor.

The top spec model will allegedly set users back $1949. It will come equipped with a Core i7 Intel processor, 8GB of RAM and 512GB of storage.

It will be interesting to see how this information squares with what Microsoft is planning to announce later today...

1.45pm - In the weeks leading up to today's launch, there's been plenty of rumour, speculation and leaks about the possibility of the Surface Pro 3 putting in an appearance today. For instance, it's been widely claimed that the Surface Pro 3 will not simply be an upgraded Surface Pro 2. No, no, no. Apparently, it's going to feature a completely fresh design.

1pm - Rumours suggest the Surface Mini will go on sale next month, having already been delayed since last Autumn.

According to a recent report on WindowsITPro, the device was initially supposed to make its debut around the same time as the Surface 2 and Surface Pro 2, but was scuppered by production issues.

Despite coming to market more than six months later than billed, here's hoping its specs (when confirmed and announced) don't reflect the fact Microsoft has been sitting on the device all this time.

12.30pm - Neowin reported earlier this month that Microsoft's OneNote software is expected to be central to the way the Surface Mini operates, as it will be positioned as a note-taking device.

The site also claims the device will, unlike the other members of the Surface family, not have a built in kickstand. Instead, users will have to rely on a cover that doubles as a stand, as per most other 7in tablet designs.

12pm - So, what - if anything - do we know about the Surface Mini so far? Reports suggest it will run Windows RT 8.1 and be powered by a Qualcomm processor.

It's also been suggested the device will measure 7.5-8in, feature a 1440x1080 display and come equipped with a stylus.