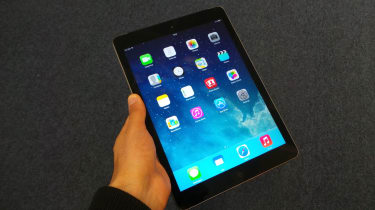 Apple has baked in app-resizing capabilities into iOS 8, giving users hope that multitasking will appear in some form on devices such as the iPad.

The feature is similar to the multitasking found in Windows 8.x devices such as the Microsoft Surface. It is unknown whether Apple will allow end-users to manually resize apps or whether they will just be able to run apps side-by-side at a pre-determined size.

The video also shows that apps may be able to be resized to fill a quarter or three quarters of the screen as well as half.

Apple announced iOS 8 at WWDC and the split-screen functionality was tipped to be unveiled at the event. However, the firm made no mention of it, leading to industry watchers conclude it was still being tested.

iOS 8 is due in autumn 2014, so the split-screen functionality for the iPad could still be included or it may be saved for released in future iOS updates.