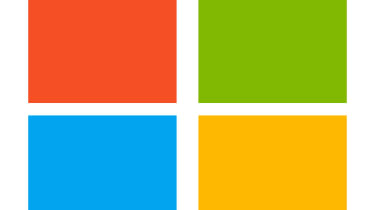 There's been a further development in the ongoing Surface Mini saga, as it appears Microsoft could be planning to launch the petite tablet alongside Windows 10 and the Surface Pro 4 in 2015.

The rumour comes via IBT, who claims the tablet will have an 8-inch display, and be announced at the same event Microsoft plans to unveil Windows 10 and the larger Surface Pro 4. This is set to take place in autumn 2015.

Rumours were still circulating in December, with GforGame quoting UDN as claiming a launch for a smaller tablet from Microsoft is still looming, which fit with earlier rumours that the tablet would appear before the end of the year.

Not much is known about what we can expect from the Surface Mini, but speculation has suggested it will sport a display between 8 and 10.1-inches, run Windows 10 and have a general release date of mid-late 2015.

Meanwhile, a tweet from TK Tech News (via TechRadar), claimed a limited supply of Surface Mini tablets would launch before the end of the year, throwing rumours of its official cancellation ever-more into doubt.

These started in September when Neowin claimed it had tested the Surface Mini, but wasn't allowed to post images of the tablet to support this statement.

Now, it appears the report may have been genuine, and that Microsoft is indeed resurrecting plans to launch a smaller tablet to compete with the iPad Mini.

IT Pro previously reported the tablet had officially been scrapped back in July, after various rumours began to circulate online.

It was first axed earlier in 2014, with the first unconfirmed rumours of its demise arriving in May. It was thought Microsoft was unwilling to go head-to-head with the iPad Mini and Nexus 7.

The company seemed to confirm the death of the Surface Mini during its fourth-quarter earnings, saying in a statement: "Current year cost of revenue included Surface inventory adjustments resulting from our transition to newer generation devices and a decision to not ship a new form factor."

At the beginning of July, Microsoft had reportedly resumed production of the Surface Mini, set for a summer release in either 2014 or 2015.

The intel came from tech insider @evleaks, who claimed the Surface Mini has been resurrected and could arrive sooner than anyone thought.

The touch-enabled version of Microsoft Office will arrive later in 2014, and this was reportedly one of the reasons for the Surface Mini delay.

By waiting, it was thought the smaller tablet could have been sold with the new version of Office included, adding value to the device and potentially carving out a more secure place in the market.

The smaller Surface tablet was first thought dead after Microsoft failed to mention it at an event back in May, where it debuted the 12-inch Surface Pro 3.

Concerns surrounding the tablet's viability in a competitive market began to circulate, and it was thought that Microsoft had scrapped it altogether over fears it wouldn't be enough of a success.

The Surface Mini was rumoured to have a Qualcomm or ARM processor, a 7-inch 1440 x 1080 pixel-resolution display and 4:3 aspect ratio a la the iPad.

This story was first published in May, but has since been updated numerous times to reflect new information about the status of the Surface Mini.