Apple refreshes the iPad Pro range with 10.5in, 12.9in sizes 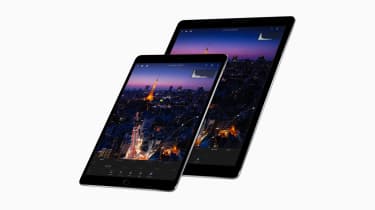 iPad Pro at a glance:

The refreshed 2017 range of iPad Pros was revealed at WWDC on 5 June, and was immediately available for purchase through Apple's online store.

The new iPad Pro price in the UK is as follows: 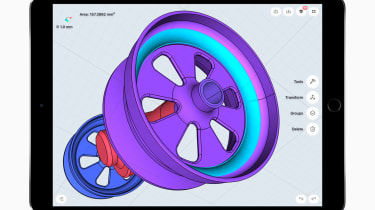 The range includes refreshed 12.9in and 10.5in models. The 10.5in version features a 20% larger screen than the previous generation 9.7in model, however borders have been cut down by 40%, resulting in a lighter device. 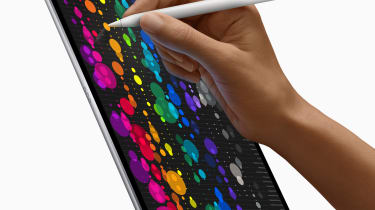 The tablets currently run on the latest version of iOS 10 (10.2.1 at the time of writing). However Apple revealed at WWDC 2017 that iOS 11 would be releasing later in the year and will be available on the new iPad range.

One area the iPad Pro doesn't lag behind in comparison to other similar-specced tablets is the camera set-up. It features a main iSight camera on the back with a 12-megapixel sensor, while the front-mounted snapper boasts 7-megapixels.

However it's the rear-mounted camera that turns the iPad Pro into a more serious imaging device, despite its size.

With an aperture of /1.8 and a digital zoom up to 5x, it takes crisp shots, even if you decide to zoom in a little and get closer to the action. To make those crisp images even sharper, it features optical image stabilisation and  if you're taking pictures in rather dismal conditions, its quad-LED flash will ensure there's at least some definition. To improve the photos before they head to your album, Apple has included its HDR tech to even out lights and darks, creating a much better balanced shot.

You'll also find timer and burst mode onboard, alongside body and face detection and an impressive colour range to make pictures more vivid.

For video, you'll find 4K capabilities at a rate of 30fps, 1080p HD at a rate of 30fps or 60fps and 720p at 30fps with the rear camera. For those that want to try out some of the slow motion video skills as seen on the iPhone, the iPad Pro supports that too.

The rear facing camera doesn't scrimp on video either though, offering up 1080p HD video with some of the main camera features such as burst mode, timer mode, and exposure controls for making sure the pictures are balanced. HDR is turned on by default, while Live Photos are made more vibrant with improved colour balance. 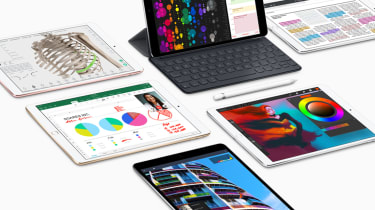 Once again the iPad Pro features the Apple Pencil and Smart cover, only this time with a refreshed colour range and a leather sleeve for the stylus.

The detachable keyboard is also compatible with the newest iPad range.

Will it be a success? 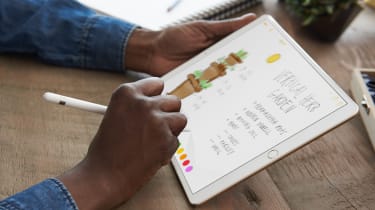 The strategy of launching a larger tablet has been attributed to the unprecedented popularity of the iPhone 6 Plus phablet, set to be repeated with the release of the 6s Plus and wider trends that indicate consumers favour devices with larger screens in general.

The tablet market has been an unreliable source of revenue for Apple, with increased competition and the revelation that consumers do not buy a new tablet as often as they might do a smartphone, meaning that iPad sales are not as high as expected.

According to Apple's Q2 2017 financial results, the company continued to see falling sales in its iPad range, shipping 8.9 million devices and generating $3.8 billion, which was down from 10.2 million during the same period of 2016.