The app not leaving from Gate 4

A tablet app error caused American Airlines to ground flights. Do we rely too heavily on consumer tech? 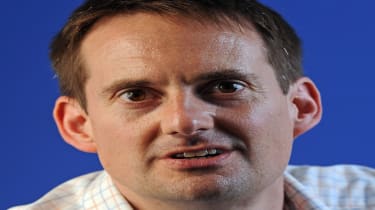 Inside the Enterprise: For weary passengers on American Airlines, it was just another excuse for a delayed flight. This time, though, it was not weather, air traffic control or a late inbound aircraft. The cause of delays was an app.

American, along with dozens of other carriers, uses tablet computers to cut down on paperwork. Air travel generates reams of documents: passenger lists, weather charts, flight plans. These documents are heavy to carry, and expensive to produce.

To replace them, airlines are moving to electronic systems, much of them based on web services, smartphones and tablets. Crew rostering always a headache for a large airline is made much easier if cabin crew can check shifts on their spartphones. BA's cabin crew roster, for example, is online; viewing it on smartphones is so popular that there are even third-party apps available in the Apple App Store.

Another area where airlines are investing in technology is "electronic flight bags" (EFBs).

These are applications that replace the heavy briefcases flight bags -- lugged around by pilots and captains. Instead of paper, which has to be updated manually, airlines are using laptops and tablets, which are refreshed with the latest information over Wi-Fi. Ryanair, for example, introduced EFBs to its network late last year.

Most EFBs use standard, off-the-shelf tablets or PCs. Some, especially those used by air forces, are based on bespoke or heavily customised hardware. Airlines, though, seem to prefer a standard iPad or other tablet, not least because of their lower costs.

Such electronic systems, though, can bring up their own problems. A standard iPad is not really designed with the rigours of a working cockpit in mind, forcing airlines or pilots themselves to ruggedise the equipment. Then there is the issue of connectivity. Both EFBs and crew roster systems rely on Wi-Fi; cellular data use is restricted onboard planes. So if the connections go down, crews have to revert to paper.

In the case of American Airlines, though, problems appear to have stemmed from the application itself. The glitch affected flights using Washington's Reagan National Airport in the US, and according to American, resulted from a duplicate chart for the airport. This, in turn, caused the app, developed by a Boeing subsidiary, to fail.

The airline was able to continue operating flights by moving to PDF-based charts, still on the iPad, and the disruption to passengers seems to be minimal. But it shows how vulnerable any large enterprise is, to technology with a single point of failure.

For airlines, the rule is rightly "safety first" and an airline will always delay a flight rather than order pilots to take off without the proper charts and information.

But with an aircraft costing millions of dollars waiting on the ground and compensation to delayed passengers, possibly thousands relying too heavily on consumer technology to save costs, could be a false economy.