Ofcom: half of households now own a tablet 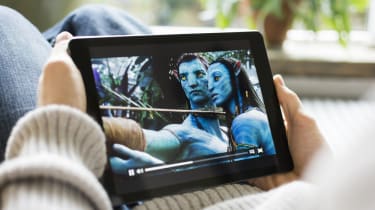 More than half of UK households now use tablets, up from just two per cent in 2011.

This is according to Ofcom, which hailed the influence of Apple's iPad since its launch five years ago in changing the way we connect to the web, saying two-thirds of people aged 35-54 now own tablets.

Meanwhile, almost three-quarters (71 per cent) of children aged five to 15-years-old had access to a tablet at home by the end of 2014, compared to just over half (51 per cent) at the end of 2013, the regulator's research found.

"We're using them to catch up with the news, watch our favourite soaps and keep the kids entertained."

In fact, around one in three five to 15-year-olds have their very own tablet, as do 11 per cent of toddlers, according to the study, which was conducted in February but which was only released this week.

But security expert Marta Janus, from Kaspersky Lab, warned that parents must educate children about the risks of cyber bullying as they use tablets more and more.

"The problem is that many parents assume that cyber-bullying only becomes a problem when children start using social media platforms like Facebook and Twitter," said Janus.

"However, the reality is that children as young as five are in fact using platforms where they can receive messages and interact with others, such as shared school platforms, social games, and even photo-sharing sites such as Instagram."

While smartphones remain the dominant device for gaming, with 26 per cent playing games at least one a week, tablets aren't far behind.

A total 15 per cent of adults play games like Angry Birds, Halo and Candy Crush on their tablets, compared to 17 per cent who still use dedicated gaming consoles.

Almost one in four 16-24-year-olds regularly play games on their tablets.

Apps are the most popular interface on tablets, with 86 per cent using them, according to Ofcom.

Of these, 48 per cent use news apps, compared to 37 per cent who access news sites via their browsers.

But 61 per cent browse the web for general information enquiries, as opposed to 25 per cent who use apps.

More than one in three adults use their tablets at home, and just 15 per cent take their tablet when they're not at home, work or a place of study.

This is a huge rise on 2011, the second year of tablet computing, when just two per cent of 16-54-year-olds and one per cent of those aged over 55 used the devices.