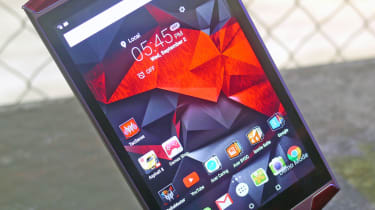 In a surprise announcement at the IFA conference in Berlin, Acer has announced the Predator 8 GT-810 Android tablet. In a pair of firsts for an Android tablet, it has the same Intel Atom x7-Z8700 processor as the Microsoft Surface 3 as well as haptic feedback. 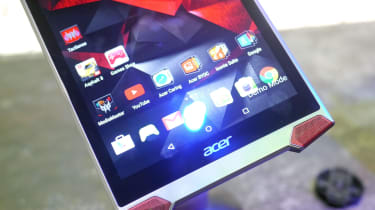 The haptic vibrations are supposed to provide tactile feedback in games that support it, making those titles more immersive. Acer calls its Predator TacSense. We weren't able to get a good feel for this feature at Acer's IFA stand though as the only haptic-enabled title loaded on the pre-production tablets was an unimpressive, barely altered version of Asphalt 8. Still, if the haptic feedback could be useful in other apps assuming that all developers are able to access the necessary APIs.

The lack of usable WiFi meant we weren't able to download any games or benchmarks to gauge the performance of the Atom x7-Z8700 but this 64-bit x86 processor should be in the same league as the very fastest ARM-based processors. 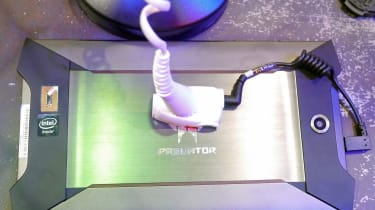 The Predator 8 also stands out due to its unusual casing which makes it look more like a sci-fi prop than a tablet computer. We found its angular looks amateurish and ugly, but then beauty is in the eye of the beholder. More importantly, the build quality of the pre-production units we saw was severely lacking the plastic casing creaked and bent under pressure very easily. 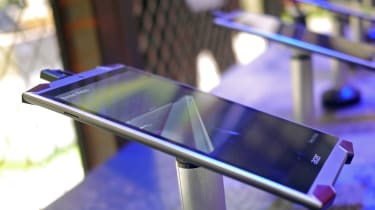 The Predator 8 will run Android 5.1, have 802.11n and have a 1920x1200 pixel screen with IPS and zero air gap technologies for improved colour accuracy and touch responsiveness respectively.

The Acer Predator 8 will be available in the UK from mid-October for 249.