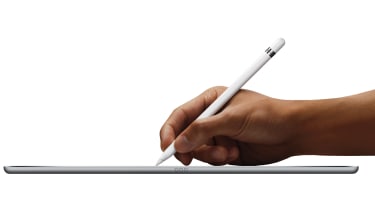 Microsoft fans will feel a curious sense of dj vu when looking at the iPad Pro. From the multitasking features in iOS 9 to the stylus and the keyboard case, Apple's upcoming 12.9in tablet bears an uncanny resemblance to the Surface Pro 3. Taking a look at the specifications and other on-paper details reveals just as many differences as similarities though. 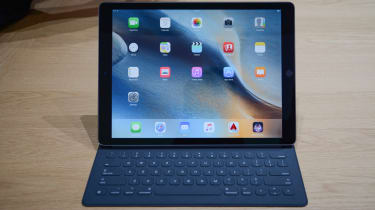 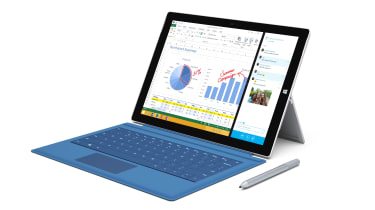 The physical screen sizes are also similar, but the iPad Pro's screen is a little bigger measuring 12.9in diagonally compared to 12in for the Surface Pro 3. This is reflected in the tablets' respective screen resolutions 2732x2048 pixels for the iPad Pro and 2160x1440 pixels for the Surface Pro 3. Although we can't say for certain until we get our hands on an actual iPad Pro, we suspect there won't be a huge amount of actual difference between the two when it comes to working space due to the way iOS and Windows scale at very high pixel densities.

The iPad Pro is made out of aluminium like previous Apple tablets, while the Surface Pro 3 uses a magnesium alloy casing. Both are classy-looking and, if smaller iPads are any indication, very sturdy. Apple's pro tablet weighs a little less though at 713g compared to 800g for the Surface Pro 3. 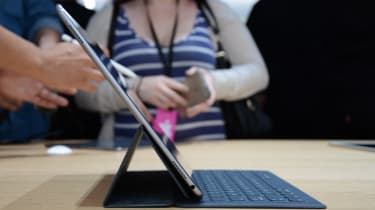 It's not quite comparing apples-to-apples though as Microsoft's tablet has a built-in kickstand whereas Apple's big tablet does not. The iPad Pro is instead dependent on cases for stands, but more on this below.

The iPad Pro is a fair bit thinner than the Surface Pro 3, at 6.9mm compared to 9.1mm. Again though, this is due to extra versatility built into Microsoft's tablet - namely a full-size USB3 port, a Mini DisplayPort connector and a micro SD slot. 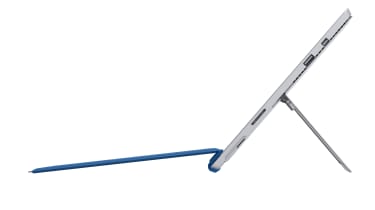 The iPad Pro has just a Lightning port. It should be compatible with Apple's existing Lightning to USB and full-size SD adapters, but these are restricted to importing photos rather than for general storage. There are also Lightning-to-HDMI adapters, but as far as we know these are limited to video mirroring. The two tablets are more evenly matched wirelessly 802.11ac and Bluetooth LE are standard on both.

The Surface Pro 3's built-in kickstand is much more flexible than those on other Surfaces, including the cheaper Surface 3, as it can be positioned at various viewing angles rather than just one or two. Combined with its optional keyboard screen cover (an extra 110), it can be used as a laptop although we've found that it's not always comfortable to do so especially when used on a lap. Still, the keys are on par with those of a good laptop keyboard.

Apple has taken a similar tack with the optional Smart Keyboard Cover (US$169 with UK pricing to be confirmed) which is not only a screen cover and external keyboard, but a kickstand too. Like the Surface Pro 3's keyboard, it attaches to the tablet magnetically via a proprietary connector. From the information that Apple has released so far though, it looks like the stand is stuck at just one viewing angle. The lack of a wrist rest is another ergonomic concern. The only saving potential grace is that third parties will be able to make compatible keyboard covers of their own, but we'll reserve full judgment until the Smart Keyboard Cover is actually available. 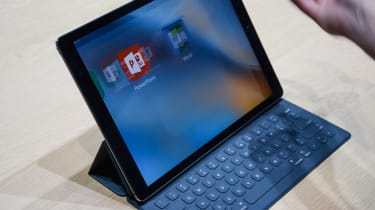 Another similar extra feature that the two pro tablets share is that you can use a stylus with both of them.  The Surface Pen is pressure sensitive, as is the Apple Pencil. We found the Surface Pen to be a not-quite-perfect but still surprisingly good stylus for jotting down quick notes and drawing sketches. It's not quite good enough for artists, with a small but noticeable latency. Still, we especially like the Surface Pen's integration with OneNote. Press the button at the end of the pen and it opens OneNote ready for your thoughts even when the Surface Pro is asleep. 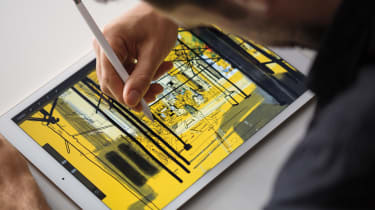 Apple claims the angle and orientation sensors in the Pencil make it ideal for artists due to its very low latency and accuracy, but these claims are of course unverified prior to the iPad Pro's November release. The Pencil, unlike the Surface Pen, needs to be recharged. You do this by plugging it into the iPad Pro's Lightning port, but this then raises the question of how your charge both simultaneously.

There are of course plenty of Windows programs that work with styli, but relatively few for the iPad and even fewer designed specifically for the Apple Pencil. Apple has shown off compatible apps that are coming soon from Adobe and Microsoft itself and we'd be surprised if more didn't arrive in time for the iPad Pro's November release date.

One of the biggest differences between the two tablets is of course in software. Windows is the desktop and laptop operating system we're all familiar with. Windows 10 improves the transition between laptop and tablet modes on the Surface Pro 3 and Windows is of course very flexible you can load almost any program or driver that you need.

Apple's iOS started out on the iPhone and is much more locked down. It's less customisable and while there is a far bigger, deeper selection of apps available on the iOS App Store compared to the paltry selection of touchscreen-specific apps in the Windows Store, Apple's often draconian and arbitrary app store rules constrain the features of some apps. Still, there's a lot to be said for the slick foolproofness of iOS and its almost entirely touchscreen-focussed design.

Apple claims the A9X processor in the iPad Pro has desktop class' performance capable of editing three 4K videos simultaneously. Rumours say it will come with as much as 4GB of memory twice as much as the 2GB in the iPad Air 2. Without further information, and of course benchmarking it, we're unable to verify these claims.

Comparing the performance of the ARM-based processors in iPads with the x86 processors in Windows tablets has always been difficult. There are few common benchmark tools and ensuring that they're optimised for both platforms is very tricky.

On paper, the Core i3, i5 and i7 processors are more powerful than Apple's custom A-series ARM chips in previous iPads. However, the difficulties of keeping such powerful Intel processors cool in a thin metal casing over long, strenuous jobs means they won't be as consistently fast as the same processors in a Windows laptop or desktop. It's therefore likely that the iPad Pro's A9X will be able to holds its own against the Core processors in the Surface Pro 3, at least for most typical use cases, especially given the surprisingly sophisticated and highly optimised state of many iOS apps.

The Surface Pro 3's battery life in our tests was a little less than what we'd expect from a computer equipped with Haswell fourth-generation Core processors. It lasted just over nine hours when playing H.264 video on a loop. For comparison tablet-wise, the iPad Air 2 lasted ten and a half hours in the same test.

Apple claims battery life of up to 10 hours of surng the web on WiFi, watching video or listening to music'. Since Apple's claims tend to be on the conservative side, we're expecting lengthy battery life results from the iPad Pro.