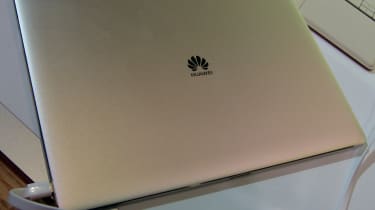 Huawei has entered into the competitive 2-in-1 hybrid market, taking on the likes of the iPad Pro and Microsoft Surface Pro 4 with is brand-new MateBook. Although Huawei isn't known for making client devices aimed at businesses, the Windows 10-powered, 12in device is clearly aimed at office workers.

As is customary with Huawei, all the focus on the MateBook was initially on its physical appearance. However, we're not convinced that the plain silver, slightly tapering edges on the rear of the tablet are really anything to shout about. The super thin bezels around the edge of the device do give it the feel of a smaller laptop and not one with a 12in screen. The tablet portion weighs just 640g, which Huawei was keen to point out is less than both the Surface and the iPad Pro. At 6.9mm thick, it's very svelte. 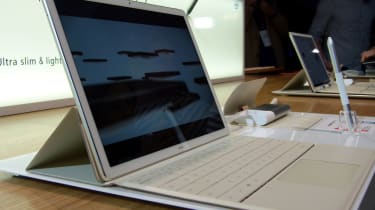 This is a machine untouched by messy ports: on the side there's a single USB3, Type-C connector. This can be used for both charging and data transfer, but you'll probably want to buy a dock. Handily enough, Huawei also introduced the MateDock, which costs $89 and includes extra USB, Ethernet and display output connectors. 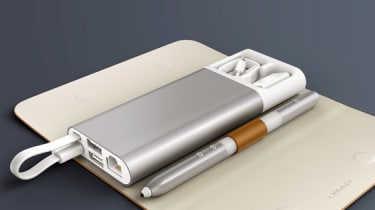 Also on the side is a fingerprint reader, which integrates with Windows Hello, allowing you to log in simply with a touch. You can assign different accounts to different fingerprints, too. I wasn't able to test this feature, however, but Huawei's smartphone fingerprint scanners have always been very good so that bodes well.

The screen is a 12in, 2,160x1,440 IPS panel with a maximum brightness of 400cd/m2. The real interest here isn't the resolution, however, it's the claimed 85% NTSC colour gamut coverage. If this turns out to be accurate - and I have no reason to believe otherwise - this will eclipse both the Surface Pro 4 and iPad Pro in this area. Of course, NTSC is only used by visual professionals so this won't mean a huge amount to your everyday consumer, but Huawei doesn't appear to be targeting the everyday client. 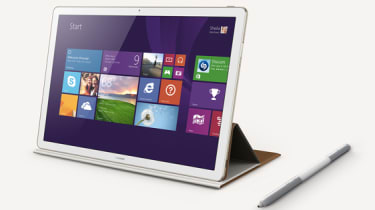 This is clear from the MateBook's MatePen. A fairly conventional stylus, albeit with 2048 levels of sensitivity, I had some time to draw a few doodles on the MateBook using Fresh Paint. The stylus itself is actually fairly good, although I can imagine some more free-handed artists will feel a little constrained by the rather grippy nib. I also had problems with palm rejection; there were multiple occasions where the side of my hand was interpreted as a pen press.

The pen also has three buttons, including one that activates eraser functions and another that acts as a right-click. In presentation software these will act as back and forward buttons. The third activates a laser pointer that shines its red beam out of the top of the pen. 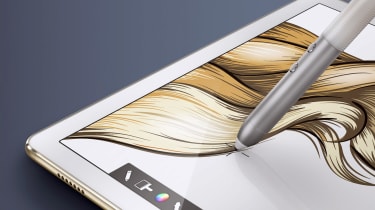 If art isn't your thing and you want to get written work done, the $129 keyboard is essential. The keyboard also acts as a screen cover, protecting the screen with faux leather (brown, orange, black and beige available). The MateBook attaches via a single connector using magnets, so you can detach at any time without having to mess around with other buttons. The keys themselves are fine with lots of travel, but the structural integrity of the keyboard is a greater concern. It didn't sit properly flush with the desk and there's a lot of bouncing around as the keyboard flexes with each press. 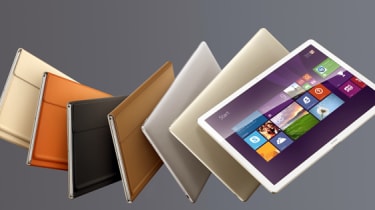 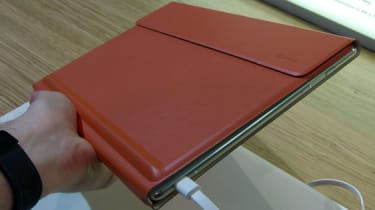 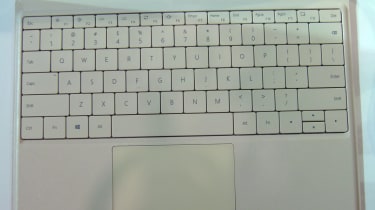 With the keyboard cover attached you can angle the tablet at either 52 degrees or 67 degrees; you switch between these two angles by sliding the dock back and forth up the rear of the tablet.

There's also a touchpad on the keyboard dock and this, for me, was the highlight. It's very sensitive and I felt very much in touch with what was going on on-screen. Windows 10 gestures worked well, although it does not appear to support either of the swiping in from the left or right gestures.

In terms of speeds and feeds, Huawei will be offering various combinations of the following: Intel Core m3, m5 and m7 processors, 4GB or 8GB of RAM and 128, 256 and 512GB of SSD storage. It felt fast enough, and we've long been fans of the Core M line of processors, but we'll have to get one in for review before we can give a full verdict on how this device performs. With such low-power processing, Huawei claims 10 hours of battery life under normal use.

UK pricing and availability haven't been confirmed, but we expect the MateBook to appear on store shelves in the next three months. We do have US pricing, however, which will give us a reasonable idea of how much it'll cost in the UK. Pricing starts at $699 for the 4GB, Core m3, 128GB storage model and goes all the way up to $1599 for the 8GB, Core m7, 512GB edition. These prices exclude the accessories though.

Huawei is better known for networking equipment and smartphones than it is for Windows hybrids. If Huawei can sort out the keyboard though, the MateBook could open up a whole new market to the company where it could outrun complacent incumbent manufacturers just as it has in the smartphone market. 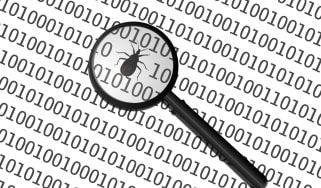