Of course the iPad Pro 9.7in is fit for work

But Apple misses a trick by selling keyboard and Pencil separately 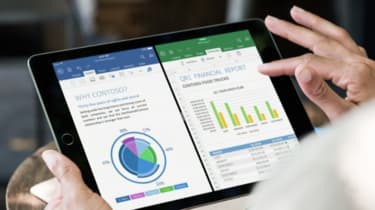 Tablets aren't for real work' is a common refrain uttered by double-chinned stuffed shirts who don't know any better. It's a complete fallacy, an argument that only holds water if you equate work' to offices'. We've seen plenty of iPads and other tablets in workplaces as diverse as cafes, restaurants, hospitals, airports, warehouses, graphic design studios and delivery vans.

They're being used for a huge range of workplace tasks from point of sale terminals and taking customer surveys, to accessing patient records and even for prototyping apps and websites. Only the most obstinate spreadsheet shuffler would deny that these are real workplace tasks but they are also jobs best suited for iPads and other tablets.

This is why we're confident that the new 9.7in iPad Pro will eventually succeed in both the workplace and the home, just as its Air predecessors have done. It's just as powerful as the larger 12.9in iPad Pro, but no heavier or thicker than the iPad Air 2. 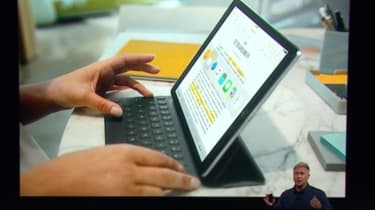 We're far less confident, though, that the 9.7in iPad Pro will spur a dramatic rise in iPad sales, reversing the general, gradual decline in iPad slices that has bedevilled Apple in recent years.

The first problem, and hardly a new revelation, is that older iPads have incredibly long lives we still see the elderly iPad 2 being put to productive use. Plus, the still eminently capable iPad Air 2 remains on sale now at a reduced price of 349 for the 16GB model, which is 150 less than the cheapest iPad Pro. It's an attractive option if you don't need the sheer power or accessories of the Pro.

That 499 pricing for the cheapest 32GB 9.7in iPad Pro doesn't include any of the accessories which set it apart, either the Apple Pencil or the official keyboard case. While this keeps the 9.7in Pro's price as low as can be and doubtless helps buoy Apple's accessory sales and profit margins, it probably does some harm too.

Some 9.7in Pro customers will definitely want those distinctive accessories and snap them up. Others definitely won't. A lot of those sitting on the fence, and we think there will be many of these potential customers, will err on the side of caution and skip them entirely. They might even plough on with an older iPad or opt for a cheaper Android tablet. 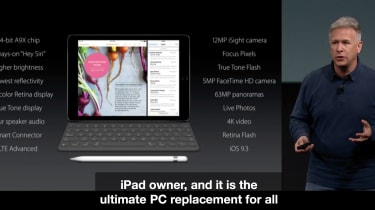 After all, those accessories set the iPad Pro apart from the competition. If you don't buy them, why buy a Pro at all?

Bundling those distinctive accessories in, perhaps at an attractive enough discounted price, could not only charm those fence sitters, but help provide app developers with a bigger market for their Pencil and keyboard-tailored apps. Those kinds of apps increase stickiness, loyalty and eventually future iPad sales.