A sleek, light and fast 8in tablet with a heavy sense of deja vu 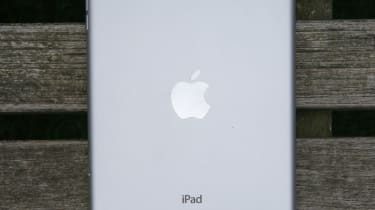 Apple and Google may be fierce competitors in the tablet market, but the two companies have taken very different approaches with their latest mini tablets. While the Nexus 9 uses a completely new design from the previous Nexus 7, the iPad Mini 3 is merely an updated version of the iPad Mini 2. The Mini 3 is in fact so similar to its predecessor, which is still on sale, that you could easily confuse the two.

The Mini 3's biggest new feature is its fingerprint sensor. Just like the one on recent iPhones and 10in iPads, it lets you use your fingers to unlock the tablet instead of a passcode. You can also use your fingerprints in place of a passcode in apps and to authorise purchases which is very convenient, especially if you're bad at remembering passcodes. The fingerprint reader worked flawlessly and instantly, almost every time.

Surprisingly, that's it as new features go. In some ways this isn't a bad thing. The slender and lightweight yet rigid and robust metal casing is unchanged, with the exception of a new gold colour option in addition to the existing grey and white variants. Its exceptional build quality puts the flimsy plastic chassis of the Nexus 9 to shame. The battery lasted a lengthy 11 hours when playing videos on a loop - a lengthy score that's only one hour behind that of the Nexus 9. 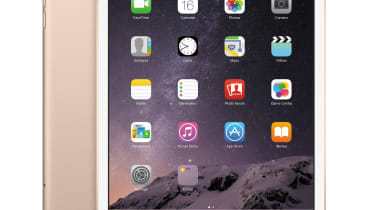 While the 8in display is still as dazzlingly bright and as sharp as ever thanks to its high resolution of 2048x1536 pixels, colour accuracy is a little off. This flaw also affected the Mini 2 and while most people won't notice it unless they have very sharp eyes or edit lots of photos, it's still a shame that Apple didn't take this opportunity to fix it.

Despite the minimal changes over its predecessor, the iPad Mini 3 is still a very good tablet. The problem is that the iPad Mini 2 is still available and the 16GB model costs 239 which is 80 less than the equivalent Mini 3 - a real bargain. Unless you're terrible at remembering passcodes, or don't even bother to use one at all due to the perceived inconvenience involved, it's not worth paying the extra money for the Mini 3 and its fingerprint reader. The only other reason to opt for the Mini 3 over the Mini 2 is if you need lots of built-in storage. The Mini 3 is available in 16, 64 and 128GB versions, while the Mini 2 is only available in 16 and 32GB variants.

Update:Although the now-discontinued iPad Mini 3 is still in stock at some retailers, it's not worth buying. Apple still stocks the otherwise-identical TouchID-less iPad Mini 2 at a lower price. If you have a little more cash, the latest iPad Mini 4 is far faster while the screen has much better image quality.

While the iPad Mini 3 is a fine device on its own merits, it's virtually identical to its predecessor - whilst being simultaneously more expensive.