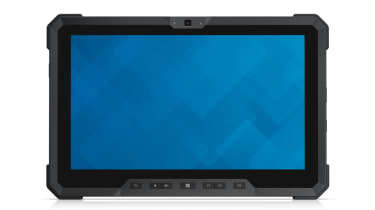 While the iPad Pro and some Android tablets have excellent build quality, they're not specifically designed for use in freezing tundras or burning deserts. That's where specialised tablets like the Dell Latitude Rugged Tablet 12 come in.

The Rugged Tablet 12 is constructed to military-grade durability specifications, to ensure that it can cope in a variety of harsh environments. Specifically, it has been tested against the MIL-STD-810G standard, which includes testing its resistance to heat, cold, vibrations and drops.

It also has an IEC 60529 ingress protection rating, certifying it against dust, water, humidity and more. In short, the Rugged 12 claims to be able to shrug off exposure to basically any climate on Earth.

In our more sedate testing, it comfortably coped with immersion in six inches of water for two minutes. The rigid, reinforced chassis showed no ill-effects when dropped from a height of a metre and a half.

However, this sadly did not extend to a face-down drop. Here, the rugged' tablet's screen shattered badly, rendering it unusable. The reinforced screen of the admittedly much smaller Moto X Force smartphone survived the same drop test unscathed.

This is not ideal for a tablet that's supposed to be able to cope with anything. It's hard to make something indestructible, which is an understatement, but the level of damage sustained by the screen is still disappointing.

This protection also means that the tablet's weight and bulk is substantial to say the least. At over 1.6kg, it's heavier than most enterprise-grade workstation laptops.

It's also definitely not something you'd want to carry around in a rucksack for any length of time. It quickly becomes tiring to hold, even with two hands. The Latitude Rugged Tablet 12 is 24mm thick which, for visualisation purposes, is the same thickness as three iPad Pros stacked on top of each other with space to spare.

The Rugged Tablet 12 fared reasonably well in our benchmarks thanks to 8GB of memory and an Intel Core M-5Y71 processor. Although the 128GB M2 SSD connects via SATA3 rather than a much faster PCI connection, the Rugged 12 was still speedy enough to tackle most of the real world multi-tasking tasks we threw at it. Even so, we were disappointed to see that Dell has only included a first generation Core M processor rather than one of the newest Skylake-class Core m3, m5 or m7 chips which have improved power efficiency and performance.

The Rugged Tablet 12 allegedly has cooling technologies designed to keep it from overheating, even in extreme temperatures. Despite this, however, we noticed it getting warm to the touch even with moderate workloads, which is worrying.

The 11.6in display has a 1366x768 pixel resolution and a matte finish for reducing glare caused by reflected light. It's also specially calibrated for use with gloves, a feature that worked exactly as promised. 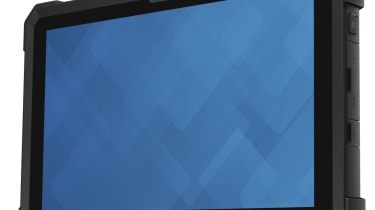 The screen is sharp and clear, due in part to the high levels of contrast. You'll want to pump the brightness settings up to max in direct sunlight though, as it can be very hard to read otherwise.

Battery life was very respectable, lasting 9 hours and 10 minutes in our tests. Dell has cheated slightly by using two removable batteries to achieve this lengthy battery life, but this design choice does have its advantages. Both are hot-swappable, so you could keep a few spares in your carry case or vehicle in case you run out of charge. 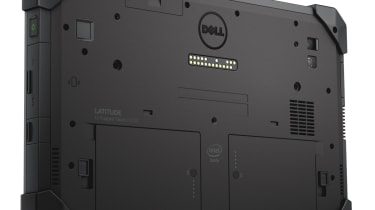 Unsurprisingly for such a chunky Windows tablet, there is a full size USB 3.0 port, a micro HDMI port, a MicroSD card reader, as well as 802.11ac WiFi, Bluetooth 4.0 and NFC. The ports are protected by snug-fitting rubberised flaps. 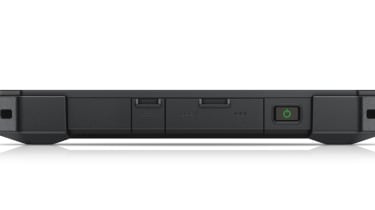 A series of optional peripherals are available for the Rugged Tablet 12, allowing you to augment it with a range of extra features. Available peripherals include an all-in-one barcode and mag-stripe reader unit, an extended I/O module for extra USB and Ethernet connectors, as well as accessories like a kickstand, keyboard and desk dock.

The included stylus is tethered to the tablet, so it's unlikely you'll lose it. It slides into a slot in the tablet's housing when not in use. Unfortunately, it's very basic. It's not nearly as accurate or as precise as superior styli such as the Apple Pencil or Surface Pen. 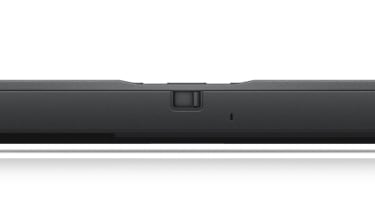 If the Rugged Tablet 12 has built-in palm rejection technology, then it's not very good as the screen frequently registered touch inputs from a resting palm. It can't really be used for writing or drawing, apart for rudimentary scribbles.

Dell is offering a whole host of security features with the Rugged Tablet 12, including a smart card reader and a fingerprint reader.

Unfortunately, setting up the fingerprint reader proved to be nigh on impossible. We spent the best part of an hour trying to register a print, but had to give up after repeated failures and errors.

While it could be down to problems with the device's Windows 8.1 Pro operating system, it's nevertheless disappointing considering that many smartphone fingerprint readers now have consistently high-quality fingerprint authentication.

There's no doubting that the Dell Latitude Rugged Tablet 12 is built to survive environments that could seriously damage other tablets. This is all the more laudable as Dell has still managed to squeeze in many of the comparatively niche software and hardware features that field workers in vertical industries expect and need. Dell has done this without compromising on battery life and most of the things that make for a good quality screen.

Having said that, tablets heavily ruggedized for extreme environments have been around for years. This might be an unrealistic expectation on our part, but it's disappointing that ruggedisation still can't be achieved without compromising on weight and thickness to such an uncomfortably noticeable extent.

Still, for now, if you need a tablet that take a bit of a pummelling, there are few better choices than the Rugged Tablet 12.

The Dell Latitude Rugged Tablet 12 is built to withstand the elements, but it's not invincible and you pay a high price for this durability both in terms of cost and usability