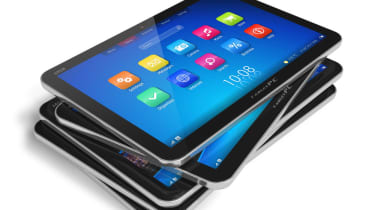 Worldwide sales of tablet devices fell by almost 15% in the third-quarter of 2016, with Apple, Samsung and Lenovo all seeing market losses.

Vendors shipped 43 million units in the third quarter, an increase of 9.8% over the previous quarter but significantly down from the 51 million sold this time last year.

The report by the International Data Corporation (IDC) has attributed poor growth the increasing popularity of cheap devices, and has warned that the tablet industry could suffer from a 'race to the bottom'.

"The race to the bottom is something we have already experienced with slates and it may prove detrimental to the market in the long run as detachables could easily be seen as disposable devices, rather than potential PC replacements," added Ubrani.

The largest loss came from Samsung tablet sales, which surprisingly avoided fallout from negative press surrounding the Note 7. Instead, Samsung's overreliance on slate tablets has resulted in a 19.3% drop in growth for the company, shipping only 6.5 million devices, down from 8.1 million.

Apple saw a year-over-year growth decline of 6.2%, but has managed to retain flat revenue for the quarter thanks to sales of the iPad Pro.

The IDC shows Apple still retains the largest market share at 19.6%, followed by Samsung at 16%.

The growth comes as Amazon continues a "strategy of selling low-cost tablets as a gateway and companion to its ecosystem," according to the IDC report.

"Slate companion devices sold at the low end are serving a broader platform strategy, like Amazon is doing with Alexa on its Fire Tablets, while more expensive productivity tools closer to true computing and legitimate notebook replacement devices should help to keep average prices up," added Bouchard.