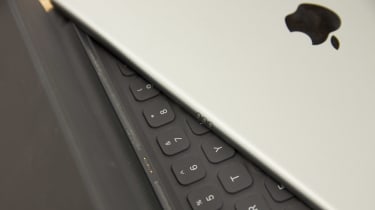 The iPad Pro series were already the fastest tablets we've seen, and the introduction of the A10X Fusion chip pushes this even further. Our Geekbench 4 CPU test delivered scores of 9380 for multi-core and 3,930 for single core. That's just under double the multi-core performance of the device the 10.5in iPad Pro replaces, and more than double the 4,208 scored by the Samsung Galaxy Tab S3. Effectively, the iPad Pro now offers more than twice the multi-core performance of its nearest Android competitor.

Put that into a wider context and it's even more impressive. The Core m3 version of the new Surface Pro scores 5,342 on the same Geekbench multi-core test. The Core i5 version scores 7,544. The iPad Pro 10.5in isn't just scoring "good for a tablet" numbers: it's outperforming the latest desktop processors.

And it's doing this without compromising on the all-day battery life which iPad users want. In our tests, the 10.5in model delivered 12hrs 59mins, which is a significant improvement on the iPad Pro 9.7in's 8hrs 56mins, and easily beats the Galaxy Tab S3's 11hrs 43mins. The larger 12.9in model saw this score drop slightly to 12hrs 18mins, but considering the mammoth size of the display, this is neither a surprise nor a disappointment.

If you're expecting low-cost tablet prices from the iPad Pro, you can look away now: these devices are priced to compete at the high end, not the low end. When they were first launched, the cheapest iPad Pro - the 10.5in version with 256GB of storage and no 4G connectivity - cost 709 including VAT, with the most expensive configuration setting you back more than 1,100.

However, Apple has now increased the prices, it would seem and now the 256GB Wi-Fi-only iPad Pro costs 769, while other iPad Pros have seen a price increase of around 60 too according to Ars Technica.

Although Apple hasn't officially said why it has increased prices or in fact issued a formal statement highlighting the price shift, 9to5Mac has speculated the company has been forced to increase its prices because of the rising cost of NAND storage. According to analysts, the type of storage the iPad Pro uses is in short supply and as a result suppliers have had to up their prices. This gets filtered down to the customer - you - and unfortunately means the iPad Pro is a lot more expensive to buy.

"Average contract prices of client-grade SSDs in the PC-OEM market are rising this first quarter because not only PC clients are aggressively stocking up their inventories, smartphone clients are also maintaining strong demand for storage components," senior research manager of DRAMeXchange Alan Chen said back in March.

"At the same time, the industry-wide transition to 3D-NAND and 2D-NAND TLC production has sharply reduced the supply of Flash memory of the 2D-NAND MLC type. Thus, the price increase of MLC-based SSDs is outpacing that of TLC-based SSDs."

This was referenced by Apple CFO Luca Maestri on an earnings call in its second quarter earnings call, although he didn't specify the company would need to put its prices up.

But this does make the iPad Pro eye-wateringly expensive. It's worth remembering though that the iPad Pro is outperforming most high-end laptops in terms of display quality, battery life and performance. Considering that Microsoft's latest Surface Pro range starts at almost 800, the iPad actually isn't all that expensive for what you're getting. 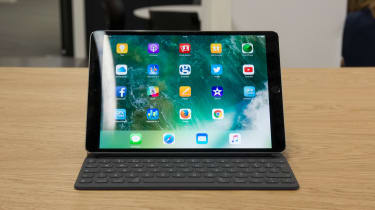 Of course, there's an objection to that point: the iPad Pro runs iOS 10, where the Surface Pro runs Windows 10. And there's no doubt that Windows 10 is, at present, a much more powerful operating system in terms of the richness of applications built on top of it and what you can do with it.

However, Apple is releasing iOS 11 in the autumn and this will add features which some enterprise users will welcome. First, multi-tasking support has been extended and cleaned up, making it easier to have persistent workspaces with two or three applications on screen. Second, drag and drop support has been added, making what you can do with multiple apps on screen more powerful. And finally there's a single Files app which houses all your documents, local and in Apple and third-party cloud services, which is going to make the iPad a much more PC-like' experience.

Apple is to be congratulated for continuing to push the iPad forward. It would have been easy for the company to rest on its laurels and carry on making tablets in the same way as everyone else, as relatively simple devices with lower performance than PCs.

With the iPad Pro series, Apple is demonstrating that it's determined to create tablets which get ever-closer to laptop performance, and under some circumstances exceed it. 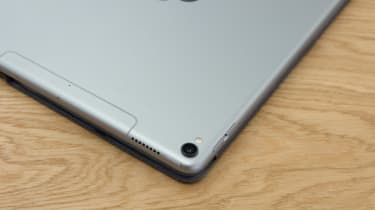 From an enterprise perspective, whether the iPad is right for you depends on your workforce. For anyone in the field, particularly those whose primary application is some kind of SaaS system accessed through a dashboard (Salesforce, Oracle, and so on), giving them an iPad rather than a laptop increases agility, delivers better ease of use and deployment, and they're getting a high-end machine which will make them happier and last between four and five years.

For office-bound workers who spend all day staring at their screens, this iPad is less of a good fit - at least until iOS 11 is released, at which point it may be appropriate for more types of user. For these staff, the laptop is still king of the hill - but with this iPad Pro, Apple has definitely made a much more compelling argument for the tablet as your only business machine.

A screen upgrade would have been enough to net the new iPad Pro a perfect score, but the fact that Apple has stuffed in a host of additional upgrades means it's impossible not to recommend it. It's definitely top of the tree, easily the best product in its category and arguably one of the best products all-round that Apple has ever made.