The biggest tech news stories of 2017

Brexit and Russia, WannaCry, and Uber’s downfall all make our list 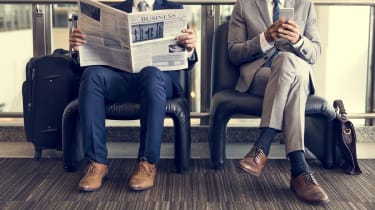 After a riotous end to 2016 that saw Britain split over Brexit and the US polarised over its new social media-obsessed president, the last 12 months have just ramped up the tension.

Over the course of 2017 we've seen companies brought to their knees by basic security errors, the rise and rise of cryptocurrencies, brave people exposing Silicon Valley sexism, and of course Brexit's ongoing consequences for the tech sector, as well as the political fallout from alleged Russia interference in Western elections.

We've all apparently given up reading in favour of scanning Twitter roughly every five seconds to give our hot takes on the latest headlines, but we won't have forgotten these huge events and incidents, both good and bad, that defined 2017 for many of us.

Even so, it's good to take some time to reflect on the biggest news stories of 2017, because these events aren't finished yet; they're going to continue to shape the tech sector for years to come.

Brexit is already impacting tech, and our IT border systems aren't prepared

The UK's vote to leave the EU has seen 12% of London's startups lose money already, with investors in Britain's capital spooked by the uncertainty surrounding issues like whether UK-based businesses will retain access to the single market, or instead face dozens of different export tariffs, and whether they'll still be able to access skilled EU workers who effectively plug the UK's skills gap (which will take years to solve). Government funding to double the number of visas for highly skilled foreign tech workers doesn't come close to meeting demand.

Right at the end of this year, the Public Accounts Committee castigated the government for its "reckless" approach to the UK's border security post-Brexit - not planning to upgrade border IT systems ahead of the planned March 2019 Brexit date. However, it now looks like a transitional arrangement will see the UK maintain current EU immigration rules until 2021.

Speaking of Brexit, 2017 revealed the worrying role social media platforms play as news sources, and how easy it is to distribute fake information.

America is still dealing with the fallout of claims Russia interfered in the 2016 presidential election, with potentially 126 million Americans exposed to Russian propaganda online. Amid lots of US agency finger-pointing at Russia, Kaspersky Lab's antivirus tool is now banned from US departments due to spying concerns.

Facebook, Google and Twitter testified to Parliament that the fake news problem was pretty small in the UK's EU referendum - agents for Russia spent just 73p on Facebook ads, the firm claimed, and Twitter said spend amounted to around $1,000. Google said the sum wasn't even worth reporting.

An investigation into political parties' use of people's personal data in the Brexit vote is ongoing.

Sexism in tech exposed at Uber, Google and beyond

It's no secret there aren't anywhere near enough women working in tech. But the scale of the problem was revealed by former Uber engineer Susan Fowler in February. Her explosive blog post levelled accusations of systemic sexism at the globe-spanning taxi app, and were backed up by the findings of an independent review that showed just how toxic Silicon Valley culture can be.

That led to Travis Kalanick stepping down from the CEO role in June, and he was eventually replaced by Expedia veteran Dara Khosrowshahi.

However, Uber's dodgy practices under Kalanick, including an authority-evading Greyball application, its male-centric culture, and other myriad issues, saw the firm banned from operating in London, York and Sheffield.

Google has its own sexism issues, with a widely-circulated memo written by James Damore that got him fired when it hit the headlines.

Uber's downfall continued when it emerged that the company paid a $100,000 ransom to hackers to keep quiet about a data breach from 2016 affecting 57 million drivers and customers, including 2.7 million from the UK.

That was only the thin end of the wedge, however. While Uber's was perhaps the most egregious, plenty of other companies suffered hacks in 2017. One was Equifax, whose failure to patch a known flaw in Apache Struts led to 143 million people's data being exposed.

A host of other breaches occurred when companies failed to encrypt data stored in Amazon Web Services, leading to the cloud giant eventually offering a default encryption option.

Perhaps most terrifyingly, in May more than 40 hospitals were forced to delay and cancel operations after ransomware ripped through their computer networks, locking their files. This attack was called WannaCry, and is thought to have been created by North Korea (which denies doing so). What's worse is that the attack was not sophisticated, and had such a large impact because of the huge number of Windows XP machines that the NHS had still not upgraded from, due to a lack of funds.

The hack was eventually stopped by IT security researcher Marcus Hutchins, who inadvertently found a 'kill switch' in the malware. But the tale ends on a sour note, because Hutchins is now charged in the US with creating and distrubuting the Kronos banking malware, pleading not guilty.

These hacking stories make for interesting reading as businesses race to comply with new data protection rules from the EU by the time they come into force on 25 May 2018.

The GDPR law will increase financial penalties for breaches, and in 2017 we saw just how unprepared some businesses are. However, there's still time, and the UK watchdog now has a helpline to field questions from SMBs, plus advice for organisations in general.

Bitcoin started the year worth just over $1,000, and it's closing the year at around the $16,000 mark. That's a huge rise in value, but almost all of it has been driven by speculators effectively treating the cryptocurrency as a security to be traded. The fact that gaming platform Steam dropped support for the currency due to its ever-changing value shows how Bitcoin faces a fight to become stable enough that people can use it as a reliable means of exchange.

Cloud and AI are underpinning innovation and automation

Microsoft made huge changes to its sales setup in July in order to switch from a focus on one-off sales of on-premise software to recurring cloud revenue spending, marking an industry-wide shift away from selling legacy systems as companies see the benefits of migrating to the cloud.

Meanwhile both Microsoft and Oracle have added AI into their SaaS services, as more CIOs embrace automation and augmented AI as a means of improving efficiency and accuracy.

Those capabilities are a way off DeepMind's AlphaGo creation, which is handily beating human world champions at Go, and software programs at chess.

CIOs will be responsible for identifying how AI can best support humans in the future workplace, according to Gartner. 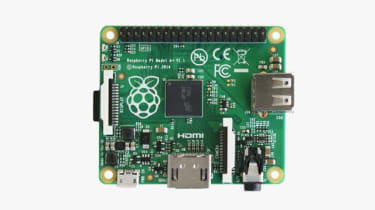 While the UK is in the midst of a pressing skills gap issue, the future looks brighter for schoolchildren who are currently tinkering with one of 12 million Raspberry Pi devices sold by the Raspberry Pi Foundation. After hitting the milestone in April, Pi creator Eben Upton sat down to talk about the achievement with IT Pro.