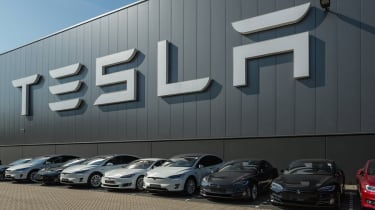 The Apple engineer who jumped ship from Cupertino to join Tesla as chief vehicle engineer has returned to the iDevice manufacturer as part of its own car division's executive team.

This would seem to indicate that Apple is still committed to developing an automated car, despite other rumours suggesting the company planned to scale back its efforts in the driverless car market. However, it could be that Field is working on creating software the company's hoping to integrate into hardware developed by car makers like Tesla rather than an actual self-manufactured car. Afte all, a few years ago, it was revealed that Apple wants to concentrate on software rather than hardware in automated cars.

Field was a key part of the car manufacturer's driverless vehicle development but was replaced by Tesla founder and CEO Elon Musk when the division repeatedly missed its targets. He left the company in June, although it's not clear whether this decision was made by him or he was told to leave after the division's bad performance.

"I wouldn't read too much into any single hire, and the employee exchange program between Apple and Tesla continues to flow in both directions," Gruber analysed. "But I think it's an interesting hire, primarily because it suggests to me that Apple still has an interest in making actual vehicles, despite reports that the company has scaled back the project to merely make autonomous systems for inclusion in vehicles made by other companies."