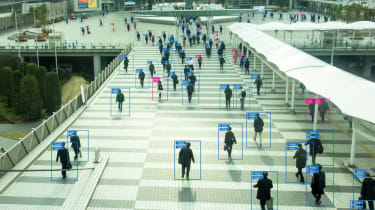 IBM secretly used video footage collected by the New York Police Department (NYPD) to develop software that can identify individuals based upon certain features, such as hair and skin colour.

The NYPD started collecting images of New Yorkers following the 9/11 attacks, when it installed cameras around the city to monitor any suspicious and potential terrorist activity. It also tracked other potentially malicious activity in the city, such as cars speedily driving up one-way streets the wrong way, unattended vehicles and people trespassing in unauthorised areas.

IBM created the software that allowed the NYPD to search for potential criminals based upon tags including facial features, clothing colour, facial hair, skin colour, age, gender and more. Overall, it could identify more than 16,000 data points making it a very accurate way of recognising faces.

However, officers were told not to use the filters such as skin colour or tone in their assessments, but only for evaluation purposes. The project was abandoned in 2016 when the NYPD decided not to roll it out to officers.

"Video, from time to time, was provided to IBM to ensure that the product they were developing would work in the crowded urban NYC environment and help us protect the City," the NYPD told The Intercept. "There is nothing in the NYPD's agreement with IBM that prohibits sharing data with IBM for system development purposes.

IBM has continued developing the platform though and its 2017 Intelligent Video Analytics 2.0 software does tag people using phrases such as Asian, white and black.

"IBM is committed to responsibly advancing and using new technologies and is recognized for policies that promote diversity and inclusion," IBM wrote in a statement for VentureBeat. "These values are why we are making publicly available to other companies a dataset of annotations for more than a million images to help solve one of the biggest issues in facial analysis the lack of diverse data to train AI systems."