Microsoft acquires Lobe to help make AI accessible to everyone 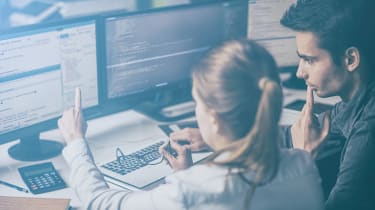 Microsoft has announced it has bought Lobe, a company that has created a deep learning platform to enable people to create artificial intelligence apps without having to learn to code.

The platform understands hand gestures, can hear music, read handwriting and more to allow users via its visual interface to develop and apply deep learning and AI models quickly, without writing code.

In a blog post, Microsoft CTO Kevin Scott said that the industry is only just beginning to tap into the full potential AI can provide.

"This in large part is because AI development and building deep learning models are slow and complex processes even for experienced data scientists and developers. To date, many people have been at a disadvantage when it comes to accessing AI, and we're committed to changing that," he said.

Lobe was founded in 2015 and currently has three San Francisco-based employees. Microsoft has been building up its efforts in AI with the acquisition of Semantic Machines in May, which has a new approach to conversational AI. In July it acquired Bonsai, which is working on combining machine teaching, reinforcement learning and simulation.

While financial terms were not disclosed, according to Lobe's website, people at the company will "continue developing Lobe as a standalone service, supporting open source standards and multiple platforms". It added that as part of Microsoft it will "leverage world-class AI research, global infrastructure, and decades of experience building developer tools".