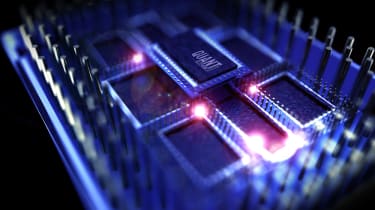 The government's 80 million investment in quantum technology announced earlier this month pales against the 338 million minimum scientists had requested.

Furthermore, the UK risks losing ground against its international competitors if the level of investment does not meet the standards expected, according to the chair of the House of Commons' Science and Technology Committee Norman Lamb MP.

Writing to ministers, Lamb confirmed the National Quantum Technology Programme's (NQTP) strategic advisory board had asked for more than four times the amount now delivered to fund the second phase of its programme.

The programme initially benefited from 270 million in 2014, expected to last five years, and used 120 million from this to set up four National Quantum Technology Hubs led by universities and colleges in Oxford, Birmingham, York and Glasgow.

A further 80 million investment, announced in early September will be divided between the hubs and is expected to last an additional five years - averaging just 4 million per hub per year.

"The recognised opportunities presented by quantum technologies should be harnessed through Government support for a coherent, multi-faceted second phase of the NQTP, with sufficient funding for each component of the programme to achieve 'critical mass'," Lamb wrote.

"In order to sustain the momentum built up by the first phase of the programme, reinforce industry confidence in the UK's quantum technologies sector and to not lose ground against international competitor programmes, we urge the Government to provide certainty regarding the rest of the next phase of the NQTP in this year's Budget."

The chair argued further investment would ensure the UK is best-positioned to exploit the economic opportunities quantum computing will present in coming years, as well as the potential for quantum to underpin advancements in AI and robotics, among other areas.

But 338 milllion still falls well short of the level of investment international counterparts, especially the US and China, which are committing high levels of funding to research and development in quantum computing.

While the UK's 80 million is four times less than what scientists asked for, according to Bloomberg this is 12 times less than the US' $200 million per year, and 125 times less than China's $10 billion. Although China's true spending is unknown, the $10 billion investment being used to build a national laboratory far outweighs the UK's commitment.

Announcing the spending commitment on 6 September, the government said the funding "will give certainty to researchers and students, and help to attract more investment".

The four hubs comprise the Oxford-led quantum computing and simulation hub, the Birmingham-led quantum sensing and metrology hub, the York-led quantum communications hub, and a quantum imaging hub, led by the University of Strathclyde in Glasgow.

Among its potential applications, a government report published earlier this year said quantum computing could be deployed to fight extremism, when combined with machine learning to find data through massive datasets.

IT Pro approached the Treasury for comment, and asked the NQTP for its view on the level of investment the hubs will receive over the next five years, but has yet to receive a response.