MPs called 'dumb' for asking a robot to testify 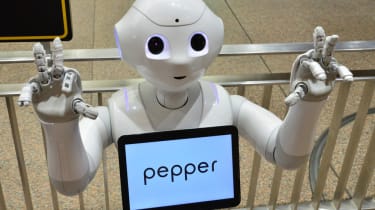 MPs will question a robot during an education committee to understand the impact of AI, but it's been called a "puppet show" by technology experts.

Pepper, the 'culturally aware' robot designed to assist with caring for the elderly, will take questions from the education select committee to understand how artificial intelligence and robotics can support learning and how they will transform the workplace of the future.

But not everybody thinks this is a good idea. Speaking to MIT Technology Review, computer science professor Roman Yampolskiy called the hearing a puppet show.

"Modern robots are not intelligent and so can't testify in any meaningful way," said Yampolskiy in an email. "This is just a puppet show."

Joanna Bryson, an associate professor of computer science at Bath University also questioned the legitimacy of the hearing.

"Let's be very clear about this," she tweeted. "A person or corporation is committing perjury by pretending a robot is giving evidence, or this is just a media circus, not governance. Which is it?"

Let’s be VERY clear about this. A person or corporation is committing perjury by pretending a robot is giving evidence, or this is just a media circus not governance. Which is it? #AIEthics @APPG_AI @Wera_Hobhouse @nick_clegg ht @BVLSingler cc @halhod @willknight @_KarenHao https://t.co/F5iiAbVcpg

Pepper was developed by SoftBank robotics - to be clear 'Pepper' is more of a brand name as over 2,000 companies around the world have adopted one as an assistant. The bots are described as both 'he' by SoftBank robotics and 'curvy' due to its shapely design - it almost resembles a long white dress. It moves via wheels, safely hidden underneath its frame and there is a tablet upon its torso.

The bot is built to interact with humans and its surroundings through an array of sensors, cameras and audio software. Its speech recognition software comes in 15 different languages.

Despite the level of the advanced technology powering Pepper, there is nothing to suggest it can think for itself or even demonstrate common sense.

Author and geneticist Dr Adam Rutherford tweeted: "I've met Peper on several occasions, and can confirm that it is fairly stupid, and just gibbers preprogrammed soundbites with little understanding. So, should do very well in Parliament."

I’ve met Pepper on several occasions, and can confirm that it is fairly stupid, and just gibbers preprogrammed soundbites with little understanding. So, should do very well in Parliament. https://t.co/l41NXeSzxD

The post is obviously a joke, but it does note the fact that Pepper is preprogrammed and therefore cannot really testify.