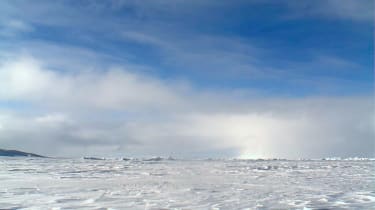 A new database has been created to help track the effects of climate change on the North Pole.

Researchers at the University of Texas at San Antonio have developed the database, called ArcCI (or Arctic CyberInfrastructure) that combines thousands of images that have been taken along the years of the Arctic Ocean.

They said that this database would help scientists and the world see the physical changes occurring in the region including ice loss. It is hoped that the web-based repository would enable researchers to spend more time analysing information rather than just collecting and processing data.

"This is to help scientists spend more time doing the science," said Professor Alberto Mestas-Nuez, one of two researchers at the University of Texas at San Antonio working on the on-demand data mining module.

"At the present time there isn't a place on the internet that provides all these datasets but also an algorithm that allows [extraction of] information," added Mestas. "Most of the time scientists spend time getting data and preparing it. Typically, it's about 80% preparing the data and 20% doing the actual science. We want to break that paradigm."

The system will enable scientists to extract information of various ice properties including submerged ice, ice concentration, melt ponds or ice edge, the boundary between an area of ice and the open sea.

The original idea for the ArcCI database came from Professor Hongjie Xie, the principal investigator of the project at UTSA and a professor in the university's Department of Geological Sciences. While big data analytics and dashboards have been used in many industries, this has not yet been applied to monitoring ice in the Arctic.

Xie along with Xin Miao at Missouri State University started working on the project five years ago. The project has also been funded by the National Science Foundation to develop this database that uses high-resolution imaging either obtained on-site, via satellites or via airborne monitoring.

Currently, the cloud-based system holds about a terabyte of images but will increase in the future as new images are added. The database will also integrate new algorithms as well as additional datasets as they become available.

The cloud framework and interface are being prototyped by Chaowei Yang at George Mason University, another investigator partnering with UTSA. A beta version of ArcCI will be presented at a meeting of the American Geophysical Union to be held in Washington D.C. in December 2018.