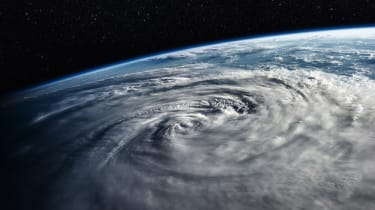 The third instalment of a weather satellite built 17-years ago was launched on Tuesday night, flying in the face of digital transformation doctrines.

The Metop-C spacecraft, which took off from French Guiana, will circle the globe and gather data for daily weather forecasts. But it will do so using technology that is over a decade old.

The Microwave Humidity Sounder (MHS), developed in Britain 17-years-ago, will detect water in the atmosphere, covering everything from fog to the heavy rain inside a hurricane.

The satellite was procured at the same time as its two predecessors, the Metop-A and Metop-B, but has been stored for later use. Europe's meteorological agencies have verified the capabilities of the spacecraft as it had its systems routinely checked while in storage.

It's a testament to the design of the system that it's still functional over a decade later and able to launch without any form of modernised digital technology or an upgrade. However, it is widely believed that most smartphones have more advanced technology than the rockets that put men on the moon in the 1960s.

The Metop series of satellites were purchased at the turn of the millennium, with Metop-A launching in 2006 and Metop-B going up in 2012. Both systems were expected to work for at least five years and the final instalment of the series will supply additional data to weather forecasters and work in a constellation with the other two until Metop-A's planed re-orbit in 2022.

The Metop satellites probe atmospheric conditions to gauge humidity and temperature at different heights and its introduction has had a direct impact on forecasting quality. The data from the first two satellites are said to have reduced errors in the 24-hour lookahead by 27%.

"Through its positive impact on weather forecasts, EPS already produces socio-economic benefits of at least 5 billion per year in Europe, and we will do even better with a third satellite in operation," said Alain Ratier, Eumetsat's director general.

The satellites are operated from Eumetsat, from its headquarters in Darmstadt, Germany, and its design is overseen by Esa, which is currently working on the second generation of Metop satellites (Metop-SG).

"Metop-C also secures the transition with the EPS-SG system we are developing in cooperation with ESA, to launch a first Metop Second Generation satellite at the end of 2022," added Ratier.