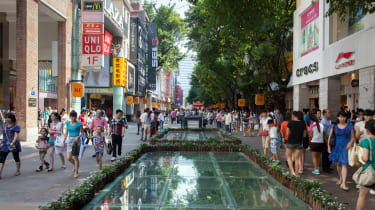 Facial-recognition technology has been a feature of Chinese cities for some time, but authorities now have a new tool in their arsenal: gait-recognition.

The technology the work of Chinese firm Watrix claims to be able to identify people from up to 50 metres away, by examining the way they move. It works whether or not the subject has their back turned at the time or not, and even with silhouettes.

Thus far, the technology has been used in Beijing and Shanghai to spot jaywalkers, as well as in conjunction with other methods to track down suspects.

China has already pushed ahead with using facial recognition as a key part of law enforcement, but many fear the worst for a country that has a concerningly poor record of both defending human rights and tolerating dissent.

"It would have been good to hear countries speak out about the tools like digital surveillance used to restrict human rights," Frances Eve, a researcher for the Network of Human Rights Defenders told The Telegraph.

Beyond concerns about misuse, the technology also raises questions about citizen privacy. "States have an obligation to provide their citizens with public security, but not at the expense of fundamental human rights," Sophie Richardson, the China director at Human Rights Watch, told the paper.

"Much of this technology gathers information about people without their knowledge and consent. They have no way of knowing until it's somehow being used against them. There is no effective way of pushing back against that."

Of course, compared to facial-recognition software, gait recognition has a serious disadvantage: while changing your facial appearance is a potentially costly and risky undertaking, adjusting the way you walk is reversible, and can be done in an instant without involving anyone else. Whether the technology would pick up on somebody adjusting the way they move to trick the system is something that will likely be put to the test if the technology becomes more widespread across the country.