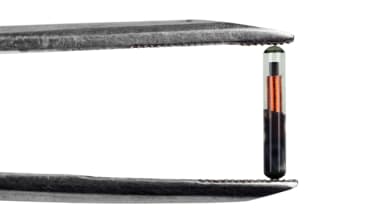 The UK's largest employer organisation has expressed concern over proposed talks with technology companies to embed microchips into workers.

The chips, which are the size of a grain of rice and implanted in the flesh between thumb and forefinger, are said to improve security, but the Trade Unions Congress (TUC) said it potentially risks hand more control over to employers. 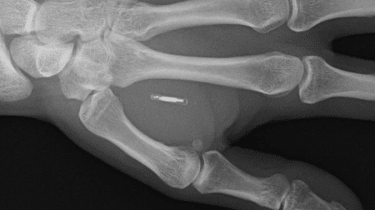 X-ray of an implanted chip - courtesy of BioTech

"We know workers are already concerned that some employers are using tech to control and micromanage, whittling away their staff's right to privacy," said TUC general secretary Frances O'Grady.

"Microchipping would give bosses even more power and control over their workers. There are obvious risks involved, and employers must not brush them aside, or pressure staff into being chipped."

O'Grady added that employers should always discuss and agree on workplace monitoring policies with their workforces.

"Unions can negotiate agreements that safeguard workers' privacy, while still making sure the job gets done. But the law needs to change too so that workers are better protected against excessive and intrusive surveillance," O'Grady said.

One of the companies to offer the chips is UK based BioTeq. The chips are similar to those used for pets, but they enable people to operate security systems, such as car and office doors with the wave of a hand, much like contactless payments.

Another chip company based in Sweden, called Biohax, is in talks with several UK legal and financial firms about implanting staff. It's founder Jowan sterlund, is a former professional body piercer, told the Telegraph that the chips are foolproof.

"These companies have sensitive documents they are dealing with," said sterlund. "The chips would allow them to set restrictions for whoever."

The TUC's warnings may have come too late as BioTeq have already fitted 150 implants into British workers and Swedish based Biohax is planning an office in London, according to its website. It claims 4,000 people have been microchipped, mostly in Sweden.