Germany to invest €3 billion into its AI industry 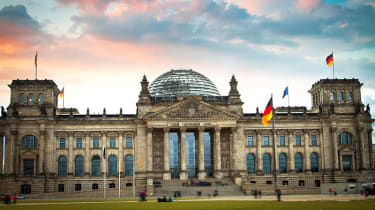 The German government said it's planning to inject 3 billion into artificial intelligence research and development as it battles to be recognised for its contribution to AI technologies against the US and Asia.

A paper, called "AI Made in Germany" describes how major investments will be made between now and 2025 to protect the country's core exports. It notes how AI and automated manufacturing is putting its economy at risk, as well as leaving Germany lagging behind other nations working on AI development.

So it figures it may as well pump money into developing its own AI-led tools so it can protect its industries and even the country's social policy from AI disruption from overseas.

"We want to promote the use of AI applications in business," the paper states. "(But...) a technology with such a profound impact as artificial intelligence... (must) be embedded in a... framework that protects fundamental social values and individual rights."

German Chancellor Angela Merkel backed the paper's claims, saying that although Germany can't necessarily compete against the US and Asia when it comes to worldwide domination of the AI market, Germany will aim to strengthen its own AI development and aim for "'Made in Germany' to be a brand in artificial intelligence as well", she told leaders at an AI governmental session.

Although Germany has always been a pioneer in manufacturing and industry, the evolution of technology has happened a lot faster than the country was prepared for and it risks being left behind if it doesn't embrace new technologies.

As well as providing 3 billion worth of funding to the AI industry, the German government will also create positions for 100 AI professors to teach the nation AI skills.