Elon Musk and Jeff Bezos are brilliant at building businesses, but we shouldn't let them take control 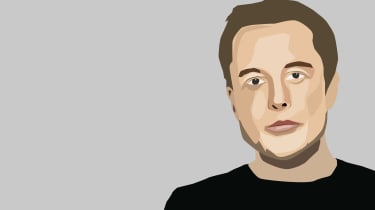 For the sake of my health, I walk on beautiful Hampstead Heath at least once a week, and I get there via the revamped London Overground train service. It's clean, frequent and gets me there in less than 15 minutes. "So what?" you may be thinking; the significance is I get there by train rather than by flying car.

"Where's my flying car?" is a trope one sees regularly online, and like many such tropes it contains a kernel of truth. We don't have flying cars yet, and almost certainly never will, and the reason has little to do with tech. YouTube is crammed with videos of workable flying cars, many of them good-looking, all of them too expensive but prices could crash if they ever went into mass production.

The reason they don't go into mass production is, of course, social, which means also political. We live in a complex society in which many resources have to be rationed and shared, urban space being one of them. On paper, flying cars ought to economise on that space, versus the ordinary motor car (or bus or train) which needs roads laid out on an almost-flat 2D surface.

Flying cars would bring the third dimension into use except that the third dimension is already in use by airlines. In mass use it would also be impossible to police (traffic lights?). Fixed-wing or drone, a flying car is still subject to gravity and if two collide they're likely to end up falling on someone's roof. The problems are endless, and flying cars could only ever be tolerable in small numbers. Of course they already are they're called helicopters, and mostly used by soldiers and billionaires. The rest of us must share flying trains called airliners.

"Futurists" often get things very wrong, not because they are stupid, but because their expertise and experience is narrow: they may be brilliant in one technical field but disconnected from normal society and ignorant of its basic requirements.

A recent BBC Four retrospective covered 50 years of Horizon programmes, in which revered sci-fi authors Arthur C Clarke and Isaac Asimov made predictions about AI and robotics that now look quaintly naive, while Ray Kurzweil's "grey goo" warning looks frankly unhinged (even if Prince Charles did believe it). The tendency to overestimate the effect of new technologies is not itself new.

One futurist I do respect is Douglas Rushkoff, who recently wrote an inflammatory piece with the snappy title "How tech's richest plan to save themselves after the apocalypse". He was recently paid half his annual academic salary by five hedge-fund managers to talk about future tech, but it turned out they weren't really interested in tech per se, but in the coming apocalypse it promised.

They realised that armed guards would be required to protect their New Zealand or Alaskan bunkers from the angry mobs "but how would they pay the guards once money was worthless? What would stop the guards from choosing their own leader? The billionaires considered using special combination locks on the food supply that only they knew."

Enormous riches are frequently accumulated through what economists call "network effects": certain inventions, such as railways, telephones, gramophone records, television, took off only once enough people had the means to use them, so as much through luck as technical superiority. Yet riches tempt their possessors to believe themselves invincible, and high-tech entrepreneurs are prone to drawing their notions of invincibility from sci-fi, comics and video games. As Rushkoff put it, they consider human evolution to be "a video game that someone wins by finding the escape hatch and then letting a few of his BFFs come along for the ride. Will it be Musk, Bezos, Thiel ... Zuckerberg?"

Transport For London (TfL) is might be dull compared to Elon Musk's plan to fire us at supersonic speed through vacuum tubes, but it satisfactorily moves a lot of people each day using little in the way of sci-fi magic except for the Oyster card system. I'd feel far happier if TfL were running the world than Rushkoff's humanicidal billionaires.