Trained on a data set of 15-years worth of car adverts, the technology produced an emotional story for 'Driven by Intuition' 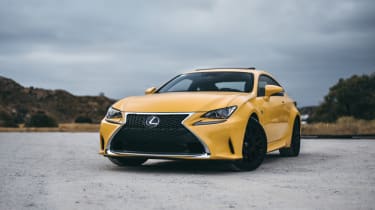 The latest advert from car maker Lexus may have an Oscar-winning director and a beautiful executive sedan, but the real star of the show is the AI that wrote the script.

'Driven by Intuition' is an unusual car advert as it has been scripted entirely by IBM's Watson-based artificial intelligence and shot by the director of 'The Last King of Scotland', Kevin MacDonald.

The idea behind having an AI write the script and a human director bring it to life is to effectively highlight the relationship between drivers and smart driving assistance technology, which can be found in the latest Lexus ES executive sedan, and thus how humans and machines can work together.

The result is a minute-long film telling the story of a Lexus Takumi Master Craftsman who completes his painstaking work and releases the new Lexus ES into the world, only for the car to be taken away and threatened with destruction. At the crucial moment, the car's automatic emergency braking system cuts in to save the day, supposedly demonstrating the value and effectiveness of the intuitive technology built into it.

"When I was handed the script, the melodrama of the story convinced me of its potential," said MacDonald. "The fact the AI gave a fellow machine sentience, placed it in a sort of combat situation, and then had it escaping into the sunset was such an emotional response from what is essentially a digital platform.

"The charmingly simplistic way the AI wrote the story was both fascinating in its interpretation of human emotion, and yet still unexpected enough to give the film a clearly non-human edge."

The non-human edge is provided by a startup called Visual Voice, which uses IBM Watson technology. The first step in creating the advert was to review 15 years-worth of Cannes Lion's award-winning automotive adverts with a number of AI visual recognition tools.

The tools focused on collecting data such as actions, objects, locations and emotion contained within the adverts. Adverts that expressed intuition, instinct and knowledge were given higher relevance scoring, with other aspects organised and categorised around these pillars.

Once this data had been collected, the Visual Voice AI platform was used to analyse the large quantities of information for trends and correlations, such as things that typically happen in the middle of an advert and objects and locations which frequently occur together. From the initial findings, it was apparent there was common themes and elements that occurred in successful car adverts.

"This was both a highly challenging and deeply fascinating project to have had the privilege to be a part of," said Alex Newland, co-founder of Visual Voice. "From the outset, it was almost impossible to know what level of quality or intelligibility the AI would produce.

"To see the project brought together with such a rich finished piece is extremely satisfying and exciting to witness. We believe this project moves AI-generated content into the beginnings of true, stand-alone creative merit."