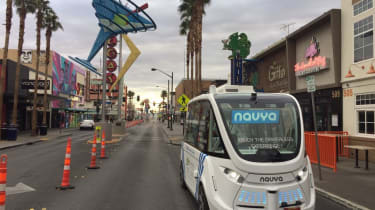 Research by French university Universit Paris-Saclay has warned that the development of driverless vehicles is at risk because of legal and ethical issues.

The study explained that because driverless vehicles integrate so much information that relates to personal data and they can also be developed to replace the need of human beings, businesses will need to make sure they have the safeguarding in place to prevent them being misused.

AI and intellectual property expert Professor Mlanie Clment-Fontaine explained that businesses developing driverless car technologies must put the security in place to prevent the information falling into the wrong hands. They must also take responsibility and legal liability for the technologies they produce.

"Self-transport vehicles are the robots of tomorrow. Now that humankind stands on the threshold of an era when ever more sophisticated robots, bots, androids and other manifestations of AI seem poised to unleash a new industrial revolution which is likely to leave no stratum of society untouched it is vitally important for legislature to consider its legal and ethical implications and effects, without stifling innovation," researcher Clment-Fontaine said.

The university added that the EU's Right to be Forgotten legislation has further complicated the relationship between personal data and private life and it must be considered by technology makers across the board.

Driverless vehicles is a great example of an industry that has been heavily impacted by the EU's new laws, the research explained.

The paper was published in French journal Les Objets and it examined how the driverless vehicle industry is being affected by changing laws and what manufacturers can do to ensure they don't step over the line of ethics.