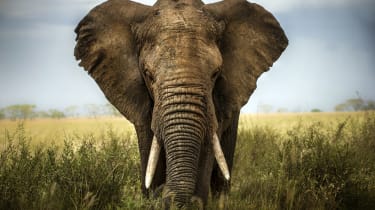 Rather than placing technology directly onto the animals, the tiny cameras are placed around the habitat. If humans are detected among any of the motion-activated images captured by the camera, it triggers electronic alerts to park personnel so they can mobilise local rangers before poachers can do harm. 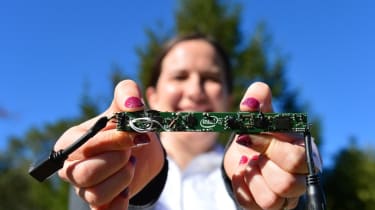 "The Intel Movidius VPU allowed us to revolutionise TrailGuard AI by adding artificial intelligence to a proven end-to-end solution to stop illegal poaching around the world," said Eric Dinerstein, director of biodiversity and wildlife at Resolve.

"In addition to providing the AI technology, Intel engineers worked closely with us to build, test and optimise this incredible anti-poaching solution that will make a real difference in saving animals."

Protecting endangered species and wildlife conservation often resembles a daunting challenge with recent reports showing as much as 60% of all wildlife having been wiped out since 1970. According to the latest figures from Resolve, an elephant is killed every 15 minutes by a poacher, at a rate of approximately 35,000 elephants per year. In a decade, experts predict there won't be any more elephants.

The TrailGuard AI builds on anti-poaching prototypes funded by the Leonardo DiCaprio Foundation (LDF) and the National Geographic Society. It will be deployed in 100 reserves in Africa throughout 2019, starting with Serengeti and Garamba, with plans to expand to Southeast Asia and South America.

"A commitment to protecting wildlife has been at the heart of LDF's work from the beginning and we are excited to collaborate with Intel and Resolve on this breakthrough AI technology, which is set to be a game-changer for park rangers in the monitoring and management of endangered species around the world," said Justin Winters, executive director of the Leonardo DiCaprio Foundation.

Using AI for image processing has proved to be a successful venture for wildlife conservation organisations. In 2017, the London Zoological Society began a project with Google Cloud to use machine learning models to monitor rainforests in Borneo, Asia.

The models produced surprising results, with a 91% classification accuracy for 34 species and auto machine learning sped up ZSL's conservation work from months to just days.