The top IT business technologies in five charts 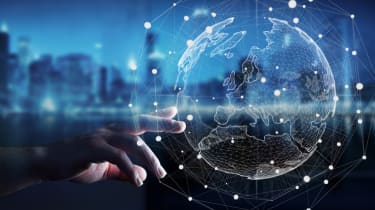 It can often be easy to get carried away with the hype around emerging technologies, and it can take some time for the practical benefits of innovations such as blockchain, artificial intelligence and chatbots to be fully realised within businesses.

A new study from Oracle asked over 4,000 IT decision makers across 21 markets their opinion on which technologies held the most potential for innovation within their business, as well as which ones they're already using.

Here, we round up our top takeaways, from what IT professionals consider the most and least important technologies to be, to the global implementation gap in blockchain. 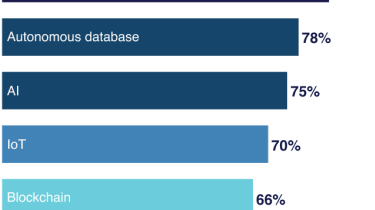 On a global scale, cloud security is considered the most important technology for enabling innovation. This is unsurprising given the number of high profile data leaks last year, and the introduction of GDPR and subsequent penalties.

What is more surprising, however, is that blockchain and chatbots are so much lower. This shows that there is still a way to go until the business value of such technologies is sufficiently realised. 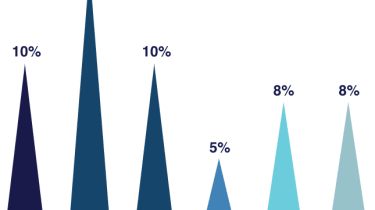 In terms of which technologies are seen as offering little business benefit, chatbots top the list, showing that they still have a way to go to prove that they can be useful. The survey dives deeper into attitudes across the world, and finds that India has much greater recognition of the value of chatbots, with 68% of respondents saying that they consider the tech important. 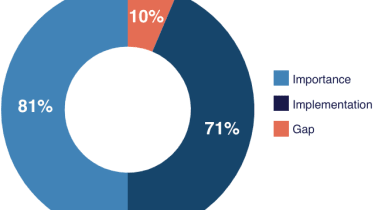 The greatest opportunity for development appears to be in AI, which has a 10% gap between how important it is seen as being to businesses and levels of current implementation. There will almost certainly be significant increases in investment over the next few years as business benefits become more tangible. 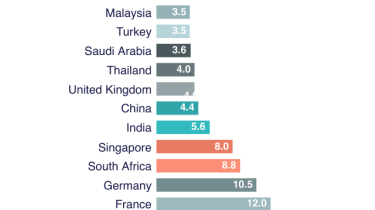 The survey asked businesses how important a technology was to their success, and whether they had adopted it. This chart shows the gap between importance and actual implementation for blockchain technology in different countries around the world. Australia and the Netherlands have the smallest gaps between importance and implementation for blockchain, suggesting that they have successfully implemented the technology. European countries, by contrast, seem to be much more cautious, with France, Germany, Italy, Spain, Poland and Russia showing at least a 10% lag in implementation. 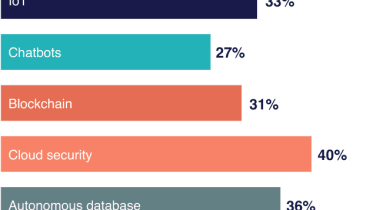 When asked which technologies had the potential to deliver meaningful change within their businesses, 40% of IT professionals said that cloud security would revolutionise technology, with a further 27% agreeing that it delivers and should be as standard in IT solutions. AI isn't far behind in its potential to revolutionise, with 38% of respondents strongly agreeing that it will have a meaningful impact on the way they work.