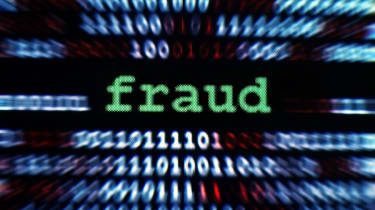 SAS and the Insurance Fraud Bureau (IFB) have unveiled an intelligence sharing platform that the partnership said will help fight insurance fraud in the UK.

With more than 100,000 reported cases of fraud every year, totting up to an estimated 1.3 billion in losses to the UK economy, SAS and the IFB think shared intelligence is the answer to combat such crimes.

Because at present, crimes are so widely distributed, with often multiple components to a scam, it's hard to find the leaders. The shared database will connect the dots, identifying similar factors and putting the pieces together to uncover the root of the network.

"Many people believe that fraud is a relatively small and victimless crime. However, the truth is far more serious," Ben Fletcher, director at the IFB said.

"We decided to work with SAS as it had a proven track record of helping organisations tackle fraud, with many of the functionalities that IFB needed off-the-shelf. However, SAS also helped create bespoke features including two-factor authentication, visualised results and search functionalities specially for the IFB platform."

IFB's database will collate insurance fraud-related data, whether opportunistic claims, through to more advanced, planned scams to help other organisations detect fraud. It can be shared amongst insurance bodies and authorities, offering the intel to help them detect possible cases of fraud and investigate before they're followed through.

"Being agile and able to evolve quickly is a major advantage that fraudsters have held over the insurance industry for years," Charles Senabulya, vice president and country manager, SAS UK & Ireland said.

"However, the IFB's new platform enables insurers to share information on fraudulent activity much more quickly, helping them pool resources and collaborate with authorities for a rapid, decisive response. The fight against sophisticated fraudsters will continue, and use of best-in-class technology is key to winning the battle."