Pegasus utilises 5,000 qubits - more than double that of its predecessor 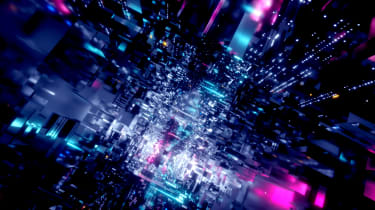 D-Wave has unveiled it has more than doubled the processing capabilities of its quantum computing platform from 2,000 qubits to 5,000 qubits, although it won't be commercially available until mid-2020.

The super-powered computer, called Pegasus, connects every qubit to 15 additional qubits, up from its existing 6, allowing it to solve bigger problems, using fewer qubits, making it more efficient than other quantum computing products for certain scenarios.

It's been designed for solving optimisation problems, with shorter coherence times than its competitors such as Rigetti, IBM and Google. Although the number of qubits D-Wave's quantum computer produces is higher than others, it all happens in a relatively high-noise environment.

However, Pegasus is quieter than its predecessor, meaning enhanced coherence times and more complex applications can be run with higher efficiencies.

D-Wave's Pegasus will be available through the company's Leap cloud computing platform. Although you've got a fair wait until it launches, developers can get one step ahead and use its simulation and developer tools before its debut.

"With the next-generation platform, we are making investments in things like connectivity and hybrid software and tools to allow customers to solve even more complex problems at greater scale, bringing new emerging quantum applications to life," said Alan Baratz, D-Wave's chief product officer, in today's announcement.

"Every decision we've made and every decision we'll make will reflect an ongoing commitment to helping developers learn quantum systems and helping customers build the first commercial quantum killer applications."