They will be sold as a display accessory to the iPhone, analysts predict 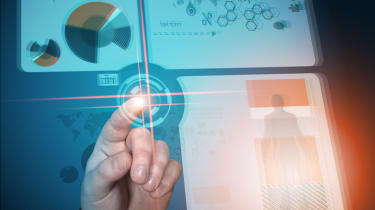 Apple will start manufacturing augmented reality headsets on the next year, according to rumours ignited by Apple research analyst Ming-Chi Kuo.

The top Apple tipster, according to MacRumors, expects the Cupertino company to have formally unveiled its headset by mid-2020, meaning it's potentially pretty far along the design and development process at the moment. Kuo reckons the production will begin in the fourth quarter of 2019, but it's not likely to go on sale until next year.

The headsets will be marketed as an iPhone accessory, most probably acting as an additional screen for the device, projecting documents, videos, games and more in order to virtually to present the equivalent of a super-sized display.

However, most of the hard work will be managed by the smartphone. This means the headsets won't have to be particular high-performance (ie., they won't need to be packed full of processing power) allowing the AR goggles or glasses to be lightweight, making it possible for them to be worn for long periods of time.

Although it's all speculation at the moment, it is likely Apple will reveal a form of AR headset after the company's CEO Tim Cook suggested it would launch something based on the tech. He described AR as "profound" saying it "amplifies human performance instead of isolating humans".

The company's research into AR is a rather badly kept secret, with patents filed in the US. It's also been suggested that the company has an augmented and virtual reality division, employing "hundreds of employees".

Although Cook didn't say whether Apple would launch AR glasses, Bloomberg thinks it's pretty likely, even suggesting they would run on a proprietary operating system, based on iOS, but with specific AR-based features.