Although they were used with a Creative Commons Licence, the subjects didn't say they were happy for their faces to be used in research... 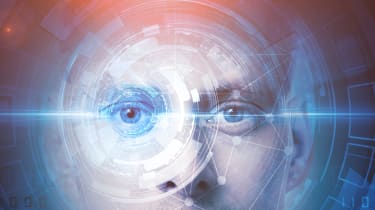 IBM users Flick images to train its facial recognition tech - but without letting the people involved know, according to reports.

The tech businesses used almost a million pictures from the Flickr photo-sharing site to train its platform, but those in the pictures weren't advised the company was going to use their features to determine gender, race or any other identifiable features, such as eye colour, hair colour, whether someone was wearing glasses etc.

The pictures weren't collated by IBM itself - it used a publicly available database of pictures, known as the YFCC100M, which Flickr's parent company Yahoo had collected for research purposes.

Although each of the photographers had received permission to take photos of their subjects, this permission didn't extend to research. However, the photos were granted permission for public use under a Creative Commons Licence.

"None of the people I photographed had any idea their images were being used in this way," said Greg Peverill-Conti, a PR executive and Flickr photographer. More than 700 of the images he took have been used in Flickr's dataset. "It seems a little sketchy that IBM can use these pictures without saying anything to anybody," he added.

However, IBM said those whose images were being used in its research could request that their faces are removed from the library.

"We take the privacy of individuals very seriously and have taken great care to comply with privacy principles, including limiting the Diversity in Faces dataset to publicly available image annotations and limiting the access of the dataset to verified researchers. Individuals can opt-out of this dataset," IBM said in a statement.

"IBM has been committed to building responsible, fair and trusted technologies for more than a century and believes it is critical to strive for fairness and accuracy in facial recognition."