Toyota partners with NVIDIA to create the future of autonomous vehicles 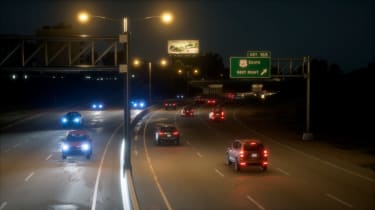 NVIDIA is extending its relationship with Toyota to bring self-driving vehicles safely to the road.

Originally unveiled last year, Constellation is a cloud-based platform that enables car companies to clock up million of miles on virtual roads, mapping out a range of scenarios from a routine journey to hazardous driving conditions.

Drive Constellation is comprised of two servers: Constellation Simulator, which uses NVIDIA GPUs to run software called Drive Sim and generate a virtual world to feed into the virtual car's sensors; and Constellation Vehicle, which processes the simulated sensor data thanks to the Drive AGX in-car computer.

On stage at the GTC 2019 keynote, NVIDIA CEO Jensen Huang showcased Constellation's scalability and ability to perform seamless driving tests in the cloud. Constellation will be available to developers anywhere in the world, who'll be able to submit their own scenarios to the platform's data centres then see the results for themselves. This large-scale validation capability means years of testing will be completed in a fraction of the time.

"Self-driving vehicles for everyday use and commercial applications in countless industries will soon be commonplace," Huang said. "Everything that moves will be autonomous. Producing all these vehicles at scale will require a connected collaboration for all elements of the system. Our relationship with TRI-AD and TRI is a model for that collaboration." 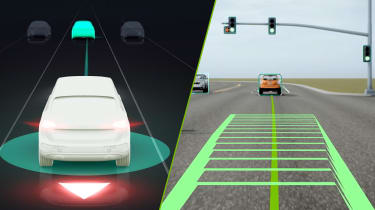 NVIDIA's platform will now be used end-to-end by Toyota for training deep neural networks, testing, validation and deployment of its self-driving cars.

Described by Huang as a "safety cocoon", SFF takes in sensor data and determines what the self-driving vehicle needs to do in order to protect itself, its occupants and other road users. SFF uses mathematical zero-collision verifications to achieve road safety, and has been tested in simulations that would be too dangerous for the real world.

"By removing human error from the driving equation, we can prevent the vast majority of collisions and minimise the impact of those that do occur," said David Nister, NVIDIA's vice president of autonomous driving software.

"SFF is mathematically designed such that autonomous vehicles equipped with SFF will, like magnets that repel each other, keep themselves out of harm's way and not contribute to unsafe situations." 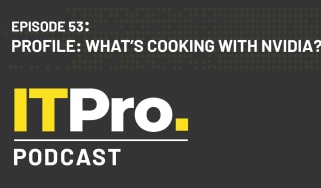