The news follows months of heavy criticism from the wider industry 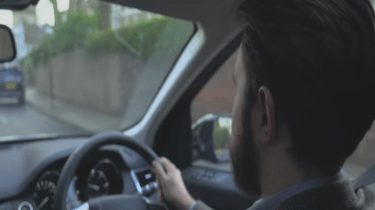 The majority of the EU's member states have rejected a European Commission (EC) push for Wi-Fi as the technology standard for connected cars, which will mean both Wi-Fi and 5G will be made available to enable the next generation of automotives.

The news comes after the initial push from the EC was delayed due to so many member states calling for more time to allow the EU Council's lawyers to investigate the issue more closely.

The push for a Wi-Fi-based standard raised the eyebrows of many in the telecoms industry, the news flew in the face of everything the public has been told about 5G, a technology whose core use case, or at least one of them, was the enablement of connected cars.

Twenty-one EU countries voted against the EC's proposal at a Brussels meeting held last week, according to an EU official speaking to Reuters. A formal announcement of the rejection is expected to be made today.

The rejection will come as good news to the main proponents of 5G for connected cars; supporters include automotive giants BMW and Ford along with all the major 5G equipment manufacturers: Huawei, Ericsson and Samsung.

Backers of the Wi-F standard claim it would be best to use it because it's widely available now, while 5G supporters claim it offers greater sustainability, scale and offers more opportunities for things like data collection and transmission to help make roads safer.

At a 1:1 media briefing we had at Cisco Live in June, the company's networking executives told IT Pro they couldn't understand why a Wi-Fi-based standard was being considered in the EU, extolling the benefits of 5G for connected cars.

"If you are in a regular road, it's very hard to see how Wi-Fi 6 can be deployed pervasively," said Greg Dorai, VP product management at Cisco.

"The car can offer Wi-Fi 6 services can to devices that are inside the car but certainly from an outdoor connectivity point of view, if you need that connectivity, it has to be on licensed spectrum, it really does," said Michael Beesley, CTO, Cisco service provider business.

"Wi-Fi is an amazing technology but that's it, it's unlicensed spectrum so you get spectrum collision, you get interference," he added. "If it is Wi-Fi connectivity for transportation, it's too easy to block that signal."

The news has been welcomed by the European Telecommunications Network Operator's Association (ETNO), a group which has voiced its concerns around a Wi-Fi-based standard for some time.

"We must ensure that Europe's automotive sector has the option of embracing also future-oriented technologies like 5G, if it wishes," said Alessandro Gropelli, director of strategy and communications at ETNO. "Being stuck on the slow lane cannot be an option in today's global markets."

"Mobile solutions and 5G are back in the road safety picture," said Lise Fuhr, ETNO director general to Reuters. "The automotive industry is now free to choose the best technology to protect road users and drivers."

The adoption of a Wi-Fi-based standard for connected cars approved by the European Commission last month has been extended by two months today.

The delay is due to 15 countries that have come forward asking for more time to allow the EU Council's lawyers to investigate the issue more closely, according to Reuters.

The extension will take effect today following formal approval by EU countries, a development that will offer a sense of renewed optimism for proponents of the 5G technology.

The main backers of the 5G-based standard for connected cars include Ford, Daimler, Intel, Qualcomm, Huawei, Ericsson and Deutsche Telekom because they believe 5G will enable a wider range of applications and connect to more devices in our environment.

The likes of Volkswagen, Renault and Toyota are all supporters of a Wi-Fi-based standard, Volkswagen said that the IEEE 802.11p (pWLAN) standard as it's "specially developed and validated for the requirements of automotive applications".

The main argument for the 5G-based standard called C-V2X is that it's the one currently used when testing autonomous cars over 4G LTE - it's an efficient standard that will be even slicker when it works with 5G.

When the proposal was originally discussed, a key committee rejected the Wi-Fi proposal before it was approved by the European Parliament shortly after through a majority vote.

The telecoms trade body GSMA said that the legislation is likely to come under scrutiny due to a number of disputed points in the Commission's proposal.

"We expect the Council legal service (CLS) to be critical about this piece of legislation as it lays down a de facto mandate for wifi whereas the Commission should remain technology neutral," said Joop Hazenberg, GSMA's director.

"There are also other strong doubts of the CLS on the Delegated Act, such as the Commission giving itself powers it does not have."

The vote's approval was curious at the time considering nearly every major company in the field was saying how 5G will enable the connected car revolution. A Renault spokesperson was even talking about 5G's role in the connected car sphere last month at the Orange Business Summit, despite being on the opposing side for the standard.

We have contacted the automotive manufacturers on both sides of the argument for further information on why they respectively chose different standards but none immediately replied.

The European Commission is considering a proposal to adopt a Wi-Fi-based standard for autonomous cars on the continent instead of a 5G-based one, despite great anticipation and promise for the new standard in mobile connectivity.

German bosses have lobbied the German government to block the European Commission's proposal due to fears that, if adopted, the standard would lead to a setback in the EU's adoption of next-generation transport, namely behind China.

The CEOs of BMW and Deutsche Telekom co-wrote a letter to the German Transport minister Andreas Scheuer pleading for him to challenge the EU.

"We are convinced that mandating Wi-Fi technology will cause significant delay to the European rollout of car-to-car and car-to-infrastructure communication," read the CEOs letter, as first seen by Reuters.

The German Transport Ministry said that it's currently reviewing arguments raised by legal advisers to the European Council after a working group meeting on 5 April and these would have to be fully examined before the Ministry is able to take a final position on the matter.

There is an ongoing debate over which standard would be best for autonomous cars. The Wi-Fi-based ITS-G5 standard is supported by the likes of Volkswagen and Renault, while C-V2X, the 5G-based standard, is getting support from the likes of BMW, Daimler and Ford.

The main argument in favour of C-V2X is that its the standard currently used when testing autonomous cars over 4G LTE. The standard is working to good effect and will only become more reliable when 5G arrives.

The proposal is interesting considering all the hype surrounding 5G and how one of the key use cases companies and telcos seem to be leading with is the potential for autonomous cars being able to communicate with each other to provide the safest road experience yet.

Not only is the notion of connected cars a primary use case cited by pretty much anyone working with 5G at the moment, but we are already seeing major companies partner on delivering critical services that are dependent on 5G-enabled cars.

HPE and premium tyre manufacturer Continental have partnered to create a data sharing platform to harness the data of more popular car manufacturers to help make the road safer for everyone. The key component of this critical and potentially life-saving initiative is dependent on cars being 5G-enabled.

5G is the fifth generation mobile network following 4G LTE and is geared to launch in the UK later in 2019 - both EE and Vodafone are vying for the title to deliver the hotly anticipated network first, both boasting successful trials across the UK.