What can you do with deep learning?

Deep learning technology is helping trains run on time, but what does that phrase actually mean? 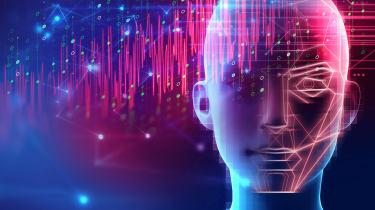 If there's one resource the world isn't going to run out of anytime soon it's data. International analyst firm IDC estimates the Global Datasphere' or the total amount of data stored on computers across the world will grow from 33 zettabytes in 2018 to 175 zettabytes in 2025. Or to put that in a more relatable form, 175 billion of those terabyte hard disks you might find inside one of today's PCs.

That data pool is an enormous resource, but one that's far too big for humans to exploit. Instead, we're going to need to rely on deep learning to make sense of all that data and discover links we don't know even exist yet. The applications of deep learning are, according to Intel's AI Technical Solution Specialist, Walter Riviera, "limitless".

"The coolest application for deep learning is yet to be invented," he says.

So, what is deep learning and why is it so powerful?

Deep learning is a subset of machine learning and artificial intelligence. It is is specifically concerned with neural networks an interconnected graph of "digital neurons" inspired by the human brain.

An artificial neural network is comprised of layers of "digital neurons," says Riviera. "The more layers you have, the deeper you go, the more powerful is the algorithm."

There are two key steps in deep learning: training and inference. The first is teaching that virtual brain to do something, the second is deploying that brain to do what it's supposed to do. Riviera says the process is akin to playing a guitar. When you pick up a guitar, you normally have to tune the strings. So you play a chord and see if it matches the sound of the chord you know to be correct. "Unconsciously, you match the emitted sound with the expected one," he says. "Somehow you're measuring the error the difference between the two."

If the two chords don't match, you twiddle the tuning pegs and strum the chord again, repeating the process until the sound from the guitar matches the one you are expecting to get. "It's an iterative process and after a while, once all the chords are playing as expected, you can basically stop iterating and drop the guitar, because is ready to be used," says Riviera. "What song can you play? Whatever, even chords that weren't used to check the tuning steps."

In other words, once you've used a specific dataset to train a neural network, it will be able to evaluate new-unseen data samples independently.

"Once the neural network is giving the expected answers or the error is very close to zero, we have completed the training process. Then it's time to take that artificial brain and deploy it wherever might be relevant for our application: in a big server within a data centre or embedded in portable devices at the edge."

Deep learning as a concept isn't new indeed, the idea has been around for 40 years. What makes it so exciting now is that we finally have all the pieces in place to unlock its potential.

"We had the theory and the research papers, we had all the concepts, but we were missing two important components, which were the data to learn from and the compute power," says Riviera. "Today, we have all these three components theory, data and infrastructures we just need to be creative in order to benefit from the opportunities that deep learning is opening."

That's not to say that deep learning isn't already being put to amazingly good use.

Any regular commuter will know the sheer fist-thumping frustration of delays and cancelled trains. However, Intel technology is being used to power Resonate's Luminate platform, which helps one British train company better manage more than 2,000 journeys per day.

Small, Intel-powered gateways are placed on the trackside, monitoring the movements of trains across the network. That is married with other critical data, such as timetables, temporary speed restrictions and logs of any faults across the network. By combining all this data and learning from past behaviour, Luminate can forecast where problems might occur on the network and allow managers to simulate revised schedules without disrupting live rail passengers. The system can also make automatic adjustments to short-term schedules, moving trains to where they are most needed.

The results have been startling. On-time arrivals have increased by 9% since the adoption of the system, with 92% of trains now running to schedule.

Perhaps just as annoying as delayed trains is arriving at the supermarket to find the product you went there for is out of stock. Once again, Intel's deep learning technology is being used to avert this costly situation for supermarkets.

The Intel-powered Vispera ShelfSight system has cameras mounted in stores, keeping an eye on the supermarket shelves. Deep-learning algorithms are used to train the system to identify individual products and to spot empty spaces on the shelves, or even products accidentally placed in the wrong areas by staff.

Staff are alerted to shortages using mobile devices, so that shelves can be quickly restocked and lost sales are kept to a minimum. And because all that data is fed back to the cloud, sales models can be adjusted and the chances of future shortages of in-demand products are reduced.

Yet, as Riviera said earlier, these applications of deep learning are really only the start. He relays the story of the Italian start-up that is using deep learning to create a system where drones carry human organs from hospital to hospital, eliminating the huge disadvantages of helicopters (too costly) and ambulances (too slow) when it comes to life-critical transplants.

It's not the only life-saving application he can see for the technology, either. "I'd like to see deep learning used to build an autonomous system robots that can go and collect plastic from the oceans," he says. "We would already have that capability, it would just be matter of developing and enabling it."

"The best [use for deep learning] is yet to be invented," he concludes.