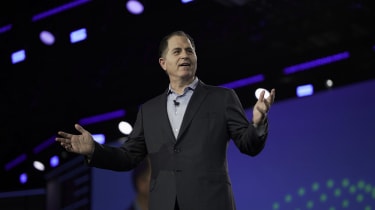 Micheal Dell has predicted that within the next three decades, technology could cure blindness, paralysis and even death.

Speaking at the opening keynote of his company's annual conference, the founder and CEO highlighted the potential of technology to help advance human civilisation.

"For me, Dell has always been about a culture of technology, optimism, a belief that technology accelerates human progress," he said. "It's been an honor to play the role with all of you in a period of unprecedented and unmatched advancement, from life expectancy and infant mortality to vaccinations and basic health, to literacy and girls in school to economic growth rates and poverty rates."

Sustainability and corporate social responsibility is something that Dell Technologies frequently talks about; the company is always keen to mention its efforts to reduce its own carbon footprint, and also used the opening keynote to highlight how Dell's engineers are helping to provide 3D-printed prosthetic limbs to children.

"Humankind has made astonishing progress during the last three and a half decades. The democratization of technology and the simultaneous connected rise in human progress has been nothing short of miraculous," Dell said. But the fact is, that was all just a pregame show."

"How about some real progress, like the eradication of death, and blindness, and paralysis through neural implants, robotics and AI? A new age of miracles is literally just around the corner."

He also warned that technologists have a responsibility to ensure that these tools are being developed and used in appropriate ways. Dell compared technology to fire - which, he pointed out, could burn down a village but can also warm a home. This is a favourite analogy of Dell's: he also used it at last year's conference in reference to fears about the dangers of AI.

"We are technologists. and we share an awesome responsibility. We are codifying the world we're creating a digital in of reality, an alternate universe.... It's in that universe - the digital universe - that we find our greatest expression of potential, and our greatest future achievements," Dell said. "It's up to us to ensure that technology reflects our humanity and our values. Because while technology can amplify human genius, it can also amplify human frailty."

In another oft-repeated theme, he also talked about the importance of data, which he called "our most important resource" due to the fact that it's "not only completely renewable, [but] also inexhaustible". Data, he said, can be used to help improve governments, companies and healthcare organisations.

"When it comes to using data to build a better world, it's a cleaner world, a more efficient and more productive, a more egalitarian, a more hopeful, and a more humane world." 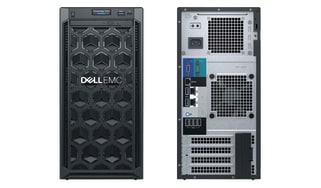