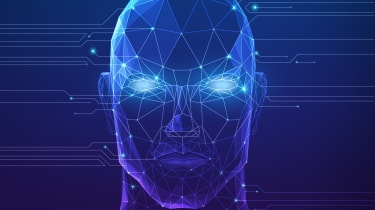 While a large majority of UK CEOs agree that artificial intelligence (AI) will have a huge impact on business and the way it's carried out in the next five years, that's where the consensus ends, especially on core issue surrounding the implementation of the technology.

The disagreement mainly concerns the extent to which the government should regulate the way AI is developed and implemented, despite over a third of those surveyed having no plans to introduce AI to their business at all.

In PwC's 22nd annual CEO Survey, under half of CEOs (47%) think that organisations should be allowed to self-regulate the use of AI, while 44% disagree.

When it comes to the dreaded question of what happens to the people whose jobs are replaced by AI-driven entities, CEOs are again split on what to do. Just under half of those surveyed (49%) think that the government should provide support provisions to those who will have their job taken by AI but 41% disagreed, seemingly with the thought that the onus is placed on the individual to protect their own career.

However, where some agreement is reached is on the matter of retraining displaced workers. The majority of CEOs (65%) agreed that the government should incentivise organisations to retrain workers whose jobs become automated.

"There is clearly plenty of anticipation amongst business leaders about the opportunities that lie ahead when it comes to AI, but on the question of how this world should be governed and regulated opinions remain divided," said Euan Cameron, UK artificial intelligence leader at PwC.

"Businesses have high expectations for what AI could deliver so it's important that AI policies around the world are fit for purpose," Cameron added. "Regulation shouldn't stifle innovation, but it should make sure we're creating a future that works for everyone. Leaders and AI experts need to work closely with policymakers, regulators and standards institutions to ensure that the right governance is in place to support their ambitions, but crucially also keeps wider society and workers' best interests at heart."

Despite the mixed understanding, 35% of CEOs have plans to deploy AI in their business in the next three years, while 36% have no plans whatsoever and blame the lack of skilled workers for it.

The most overwhelming agreement between CEOs (82%) is that AI-based decisions must be explainable in order to be trusted. As the underlying code and algorithms that drive AI are inherently in constant flux so it can continue learning, it's important for business leaders to understand how AI is making these decisions that will ultimately have an effect on their business.

It seems from these results that CEOs are excited about the prospect of AI entering businesses but the knowledge gap is still wide and trust needs to be built around the intimidating technology that will have a lasting impact on business.