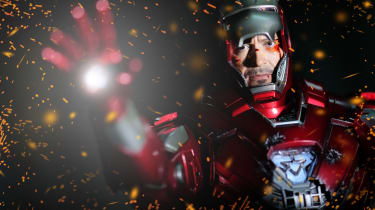 Actor Robert Downey Jr has pledged to clean the Earth by using robotics and technology during a keynote speech at AWS re:MARS on Tuesday.

The man famous for playing billionaire genius playboy philanthropist Tony Stark, aka Iron Man in Marvel's film franchise, vowed to clean up the planet "significantly" if not entirely, in the next decade.

Downey Jr said the idea had initially been a "kumbaya pipedream" after speaking with experts on the topic about two months ago. Initially. He said the idea was met with dead silence, but Doweny Jr decided to pursue it anyway and has already put up a website.

"I'm here to announce, against all sound advice and from wildly humbling beginnings, the Footprint Coalition," he said.

"It took 11 years to complete three Marvel phases and I'm willing to spend the next 11 years making good on that statement, that between robotics and nanotechnology we can probably clean up the planet significantly, if not entirely, within a decade."

While the website is live, it's just for newsletter sign-ups at present, but the actor said the project will be put together in the next year with a launch date set for April 2020.

In his role as Tony Stark, Downey Jr portrayed a man trying to make amends for profiting from war with weapons technology. He goes on to save the planet, with a (spoiler alert) final sacrifice in Avengers Endgame but that came after 11 years of changing not just himself, but also inspiring it in those around him.

And while Downey Jr's project is morally sound, there is still an issue with Amazon's own carbon footprint after the company defeated a shareholder proposal to wean itself off fossil fuels. Unlike other tech companies, Amazon also keeps its carbon footprint figures hidden.

In 2016, a consortium of tech luminaries led by Bill Gates invested $1 billion (800 million) in a venture capital fund backing green energy sources, in order to stave off global warming.