Microsoft's AI-powering database of celebrity faces has been taken down 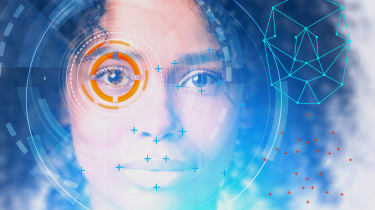 MS Celeb was published in 2016 and contained images of faces gleaned from the internet used to train recognition algorithms. The images were harvested from search engines and included based on them being uploaded with a Creative Commons license.

"The rich information provided by the knowledge base helps to conduct disambiguation and improve the recognition accuracy, and contributes to various real-world applications, such as image captioning and news video analysis," said Microsoft at the time.

According to the accompanying research paper, the database was originally supposed to just include images of celebrities, but according to researcher Adam Harvey's Megapixels project, the term 'celebrity' was used quite broadly.

"While the majority of people in this dataset are American and British actors, the exploitative use of the term "celebrity" extends far beyond Hollywood," said Harvey. "Many of the names in the MS Celeb face recognition dataset are merely people who must maintain an online presence for their professional lives: journalists, artists, musicians, activists, policy makers, writers, and academics.

"Many people in the target list are even vocal critics of the very technology Microsoft is using their name and biometric information to build."

Aside from developing facial recognition algorithms, the database had other applications. Military researchers harnessed the large dataset, as did Chinese AI and facial recognition companies SenseTime and Megvii, according to the Financial Times.

The database was also reportedly linked with startups in China that build AI algorithms to profile and track ethnic minorities, mainly consisting of Muslims.

China's pervasive surveillance camera network has come under scrutiny since its inception, as has its social credit system but the discovery of the profiling and tracking of the Uighurs was a first for the country.

Although it's been taken offline, traces of the database still exist on the web and freely available to download on GitHub, along with many other databases filled with millions of images.

The facial recognition industry is one of much controversy, the technology is frequently shown to be inaccurate - in some cases showing racial and gender bias. Other notable cases include the NYPD's clumsy use of the technology, using celebrity lookalikes to search its database for real criminals.