Amazon's delivery drones to double-up as swarm of surveillance bots 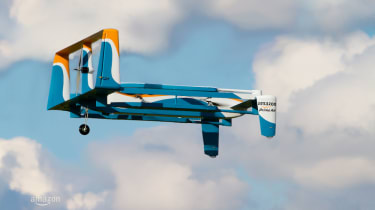 Amazon's network of delivery drones could be used as a widespread army of mobile CCTV cameras that can be called upon by customers to watch over their houses.

The company appears to be showing interest in monetising every second of flight time of its delivery drones that have undergone trials in both the US and in the UK in 2016, with countryside tests still ongoing.

It coined the term 'surveillance as a service' in the patent filing which presented the idea of using the drone's onboard cameras to visit users' homes in-between delivery routes and take snapshots of potentially nefarious irregularities.

The cameras would supposedly be programmed to detect evidence of break-ins such as broken windows, open doors and front lawn lurkers and microphones programmed to detect things like breaking glass. The imagery would then be taken and passed on to customers and could be used as evidence for law enforcement. 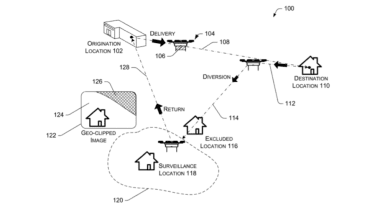 The project, if it takes flight, will almost certainly draw criticism from a privacy standpoint. Although Amazon said that while the drone's camera may always be on, each customer's house "may be defined by a geo-fence".

Amazon said that the drone would perform pre or post-image capture processing to ensure no imagery of the world outside the geo-fenced location would be included in the final delivery to the customer to ensure privacy. Some users took to Twitter to vent their concern for the proposed new service.

"Today, individuals are increasingly cyber-savvy, and they've been burned by breaches and big companies that have taken shortcuts on security or chased profits over privacy," said Matt Lock director of sales engineers at Varonis. "A patent doesn't mean we'll see flying drones watching over us anytime soon. However, this is one rollout that likely won't go down without a fight."

Unlike Alphabet's equivalent, Amazon's drone hasn't yet received FAA approval in the US but says it hopes to launch a commercial product "in a matter of months". The drone-based surveillance may be provocative, like with most patents, it's possible that it will never come to fruition.