To get Armstrong and Aldrin on the moon in 1969, engineers at MIT led a revolution 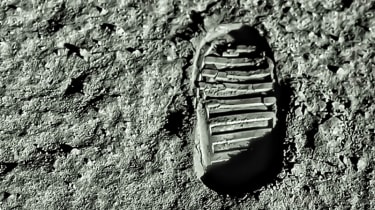 Although 50 years have passed, the first moon landing in 1969 still feels somewhat futuristic. On the 16 July, three men, entrusting their lives to a computer, launched into space in a largely automated rocket.

There are some who still doubt this ever happened; to this day, the conspiracy theories of Bill Kaysing remain strangely popular. While they doubt that Neil Armstrong, Buzz Aldrin and Micheal Collins ever landed on the moon, there's never any question about the technology that stemmed from the Apollo mission.

It's often said that the Saturn V rocket and Lunar Module (LM) had less computational power than your average smartphone, but mobiles themselves are made with technology pioneered on the Apollo mission. Also, most of the people who share these conspiracies travel in aeroplanes, apparently unaware they're guided by systems first developed for the moon landings.

Indeed, the challenge laid down by President John F Kennedy to put a man on the moon by the end of the 60s laid the groundwork for many of today's most well-known technologies.

Armstrong and co's flight was controlled via the Apollo Guidance Computer (AGC), with a second system on the LM that was built specifically to automate that crucial segment of the mission. Although these devices were quite big compared to today's computers, in 1969 they were groundbreaking innovations. Before that point, a computer was the size of an industrial fridge, taking up whole rooms and absolutely impossible to fit into a spacecraft.

For the Apollo 11 mission, they were reduced to a one cubic foot box that weighed 70lbs (31.8kg) thanks to the replacement of bulky vacuum tubes by silicon chips. The AGC was powered by some 5,600 of these primitive integrated circuits, arranged to form a digital sequence. The chips had been designed by Fairchild Semiconductor, a Californian tech startup that had been operating since the 50s, but saw a massive boost in profit when NASA came knocking.

Hugh Blair-Smith, is one of the software engineers who worked on the AGC, having originally joined MIT's Instrumentation Laboratory (IL) in 1959 writing programs for early computers. For him, the Apollo missions gave a jump start to the integrated circuit industry.

"A great deal of our modern world of integrated circuits everywhere, including your watch, your microwave oven, owes its quicker start to what we did in Apollo," he tells IT Pro.

"Early on, our chief designer Eldon Hall looked at the technology we were using, which were individual transistors and little magnetic cords to take programmable logic, not just memory, and he decided the brand new thing, integrated circuits, was necessary in order to get the reliability, the size and the power."

The Apollo programme had ordered hundreds of thousands of Fairchild chips (at one point, it was using 60% of all US-made silicon chips) and this demand for miniaturisation led Fairchild's head of R&D, Gordon Moore, to hypothesise that the number of transistors per square inch on an integrated circuit would double every year.

In the following decade, companies like Intel (co-founded by Moore) and IBM would pick up this industry and be the initial ingredients for what we know today as Silicon Valley. Moore's Law, meanwhile, still holds up today.

Four days after leaving Earth, the crew of Apollo 11 reached the Moon some 240,000 miles away. The next stage of the mission, the most crucial part, was landing the LM, popularly known as the Eagle, on the celestial body's surface.

In the summer of 1966, shortly after graduating from Boston University, Don Eyles joined MIT and began working with Alan Klumpp, who was responsible for programming the LM. In the following years, Eyles would go on to code most of the software that was specific to the LM, programming the guidance and sequencing systems, its throttle control and also the aborts monitor.

His work on the latter would be crucial for Apollo 14; the aborts monitor, which is a fail-safe that sends the LM back up into orbit, jammed, putting its moon landing at risk, but Eyles and his team at MIT managed to program a bypass for the faulting switch within a few hours, keeping the mission on course. Famously Apollo 11 had a similar problem, but Eyles wasn't in a position to help.

The alarms on the LM's AGC meant it kept rebooting, putting both astronauts' lives at risk. It managed to work well-enough in bursts, keeping the LM on a steady course, but at 800 feet above the surface, Armstrong took partial control via stick. The former test pilot kept his nerve, touching down in a cloud of moon dust, and while he and Aldrin were out creating history, the team at MIT scrambled to find the source of the problem.

"We had a couple of hours, that's the difference between the Apollo 11 problem the alarms during the descent," explains Eyles. "That was during a 12-minute phase of the mission and from Cambridge (MA), where I monitored the mission, we couldn't really make any input in that short time frame. But on Apollo 14, there were several hours available, so that allowed us to get involved."

"The Apollo software certainly broke new ground," says Eyles. "It was one of the early significant uses of real-time computing where you're not processing data on a big mainframe somewhere, you're actually controlling something as it goes along. And it was also the first time that men entrusted their lives to a digital computer."

The operating system used by Armstong to guide the LM down Apollo was later used on the Vought F-8 Crusader fighter jet for computer-guided flight control. This system, known as Fly-by-wire (FBW), replaces the conventional manual flight controls of an aircraft with an electronic interface. The movements of flight control are converted to electronic signals transmitted by wires and flight control computers determine how to move the actuators at each control surface to provide the ordered response. This mechanical flight control is often used as a backup system, much like it was on the LM, but also used to fully operate many commercial flights.

"There's a direct path from the Apollo computer to the fly-by-wire systems that you have in aeroplanes and actually also in cars these days where there's no mechanical and hydraulic linkage between the pilot's input and the effectors," Eyles explains. "Of course, it went a lot further than that with the Apollo computer, because there were whole segments of the mission that were being flown by the computer automatically because no pilot is good enough to fly a trajectory that can land on the moon with the amount of fuel we had available. That part, until we got down to a low altitude, had to really be done automatically."

To put a man on the moon, engineers literally had to invent new technology, from the rocket, to the guidance computers, all to complete a challenge set for them by their government. Armstrong and Aldrin will always be remembered as the first men on the moon, but the real legacy of the Apollo missions is in the technology we have today.