Is the Net closing in on our freedom?

Big tech companies are growing bigger thanks to us, but that doesn’t mean we can’t fight back 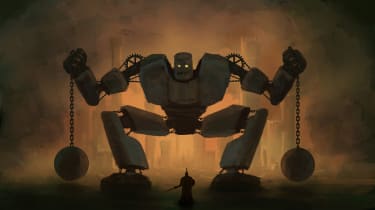 To say that the shine has worn off social media would be an understatement: in fact, we appear to be on the verge of what sociologist Stan Cohen memorably labelled a "moral panic" that might end up severely curtailing the freedom of web communication in some countries. I've mentioned before that I review books and I've just completed a blockbuster on three that describe the darker side of the internet: Martin Moore's Democracy Hacked, Susan Landau's Listening In and Matthew Hindman's The Internet Trap. I still feel slightly sick and keep looking over my shoulder. Moore's book in particular is an eye-opener and I heartily recommend it.

One of his chapters traces the history of online culture all the way from the hippy ideals of the Whole Earth Catalog right up to Cambridge Analytica, Trump and Brexit. The irony is that we got the internet we wished for, free and unfettered, but that didn't make it a force for good (or even for middling).

In the bad old days, our information was controlled by large corporations, from News International to the BBC, who imposed their own values via the professional journalists they employed to write, speak and film it. In short, they policed the information stream for "our own good". Nowadays, we're free as birds to communicate anything we want to whoever we want, thanks to the marvellous WWW. On YouTube, I can indulge cravings for Japanese street food and rusty old tools, and can post my computer-generated music for no one to listen to. I can swap pithy witticisms with my hundreds of "friends" on Facebook, listen to almost any music in the world on Spotify and buy all my electronic bits on Amazon. Of course, YouTube happens to be owned by Google, or Alphabet, a bigger and more profitable corporation than any of those old ones and, unlike them, neither it nor Facebook polices anything very much, enabling dangerous nutjobs to get heard on the same terms as sensible folk.

Matthew Hindman's book is more wonkish than Moore's. He performs experiments on large web traffic datasets, such as the results of the Netflix Prize competition, which reinforce the idea that, although the internet opens up production and dissemination of information to everyone, it inexorably siphons all the revenue into a handful of new monopolies every bit as powerful as the old. This is due not only to "network effects", which he believes have been overemphasised, but mostly to "stickiness" the tendency of users to become loyal to one website thanks to the mental cost of switching. His experiments quantify just how hard and expensive stickiness is to achieve, so that only very large companies can afford it through better design and faster response times than competitors. Their server farms are every bit as huge and expensive as the factories of previous industrial revolutions.

A monopoly on stickiness inevitably leads to attention-based business models, where user information is harvested to target programmatic adverts. Everything we buy, read or watch provides information that's sold to advertisers, and Google and Facebook between them collect 70% of this revenue. Hindman worries about the effect on news gathering and dissemination: local papers could once attract sufficient ad revenue, thanks to their targeted readerships, but the net lets digital giants grab practically all of it and push the locals out of business. News sites that are replacing them, such as BuzzFeed and Vice, are financed by investors and major brand advertisers lacking a tradition of separation between editorial and business, their tiny in-house staffs generate "native" ads that look like editorial, while deleting or redacting anything that might offend advertisers.

Susan Landau's book is a great overview of hacking, encryption and surveillance issues that I won't need to explain to readers of Davey Winder's column (she was an expert witness for Apple over the FBI's request to decrypt those terrorists' iPhone).

Guy Debord once remarked: "Formerly one only conspired against an established order. Today, conspiring in its favour is a new and flourishing profession." These three authors agree and urge us to curb the power of the corporations while the choice is still ours to make.