UK coastguards to use drones for sea rescues

Call for specialists to bid on a £990,000 contract to trial unmanned aircraft off the south coast 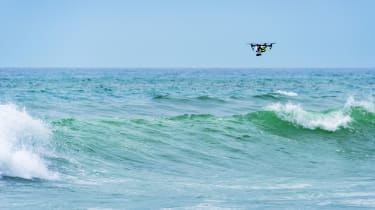 The UK's Maritime and Coastguard Agency (MCA) want to use drones to aid emergency rescue and surveillance operations at sea.

The agency says unmanned aircraft could help it cut costs and become more efficient and has called for specialists to bid on a 990,000 contract, due to expire 19 August.

Any interested parties have to detail their ability to search for missing persons or vessels that are up to 10km away from the shore, in difficult conditions such as low light, wind or fog.

A drone could be used for sea reconnaissance and transmit information that could be used by a helicopter or lifeboat during a rescue.

In a tender document, seen by the BBC, the agency also outlines other potential uses, which includes tracking the amount of pollution that vessels leak into the water and also supporting law enforcement and other agencies tracking activity in and around the English channel.

"The MCA provides a national 24-hour maritime and coastal search and rescues emergency response service throughout the UK," the document said. "It also has a requirement to undertake periodic and reactive aerial surveillance flights throughout the UK's Exclusive Economic Zone. The purpose of these flights is to determine the presence, size and type of pollution on the water.

"The aerial surveillance capability is also required by other government departments involved in activities including fisheries management, aerial mapping, law enforcement and protection of the environment, where the ability to conduct routine surveillance and data gathering from the air is an essential part of their business."

The Times was the first to report on the scheme, saying that the MCA will launch a 1 million trial by the end of the year. However, there are fears that the technology could be used to monitor migrants making illegal journeys to Europe. Over the weekend 37 migrants were intercepted off the south coast of England. A total of 966 people, including 89 children, are believed to have crossed the Channel in small boats in the past nine months.