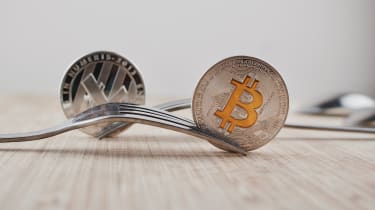 Craig Wright, the Australian IT security consultant who has claimed to have invented Bitcoin, has been ordered by a US judge to hand over half his Bitcoin holdings to the estate of his alleged former business partner. The payout could be worth over $5 billion.

Wright was sued by the estate of David Kleiman, who died in 2013. The estate alleges that Wright and Kleiman were partners and that the estate is entitled to a share of the Bitcoin mined by the pair. The pair were involved with the cryptocurrency from 2009 to 2013.

In a US district court in Florida, it was ruled that half of the mined currency and intellectual property from that time belongs to Kleiman. However, it is not known just how much bitcoin Wright has and Wright has claimed that he is unable to access all of them.

According to reports from the Guardian, Wright told the court that many of the mined bitcoins were encrypted when the currency became associated with criminals and money laundering. Encryption keys used to scramble the bitcoins were divided up and given to Kleiman who then distributed them to other people through a trust.

Wright has said that the file containing bitcoins could not be decrypted until January 2020 when he gets a key from a bonded courier. Wright has made such a claim before when he alleged he was Satoshi Nakamoto, the pseudonymous creator of bitcoin.

Judge Bruce Rheinhart described his story as "inconceivable" and criticised his credibility as a witness.

"During his testimony, Dr. Wright's demeanor did not impress me as someone who was telling the truth. When it was favorable to him, Dr. Wright appeared to have an excellent memory and a scrupulous attention to detail. Otherwise, Dr. Wright was belligerent and evasive," Reinhart said.