Ma sees AI opportunities, while Musk is concerned humans will create a superior form of life 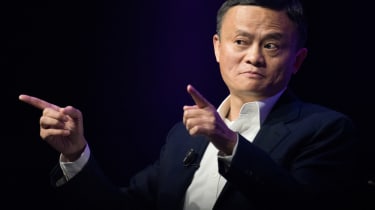 Tech entrepreneurs Jack Ma and Elon Musk traded opposing views over the threat of AI during an awkward panel in Shanghai on Thursday.

The pair didn't take questions from the host or the audience, and instead, openly discussed the pros and cons of the technology for 45-minutes.

The Tesla founder is famously fearful of AI and often warns of its potential dangers and that line of thinking was evident in his comments on stage.

Ma, on the other hand, a co-founder of Chinese cloud giant Alibaba, took a more positive stance suggesting that the technology was nothing to worry about for "street smart" people, like himself.

"I'm quite optimistic, I don't think artificial intelligence is a threat, I don't think it's something terrible, but human beings are smart enough to learn that," Ma said.

Musk quipped back with: "I don't know man, that's like famous last words."

That largely summed up the conversation, which kicked off the World AI Conference in China, with two of tech's biggest names unable to really pin down the future impact of AI and what it will actually mean for people and businesses.

Musk put forward that the AI is evolving faster than our ability to understand it before the pair got into the well-trodden subject of automation and job losses.

"AI will make jobs kind of pointless," Musk claimed. "Probably the last job that will remain will be writing AI, and then eventually, the AI will just write its own software."

Musk went on to add that there was a risk that human civilization could come to an end and ultimately making way for a superior type of life.

"You could sort of think of humanity as a biological boot loader for digital super-intelligence," he said. "A boot loader is sort of like the minimal bit of code necessary for a computer to start."

Ma took a different view, predicting that AI would help create new kinds of jobs, which would require less of our time, but his argument here contradicted a previous statement where he backed a working pattern of 9am to 9pm for six days a week.

"I think people should work three days a week, four hours a day," he said. "In the artificial intelligence period, people can live for 120 years. At that time we are going to have a lot of jobs which nobody will want to do."

"So, we need artificial intelligence for the robots to take care of the old guys. So that's my view about jobs, don't worry about it, we will have jobs."