One tech giant claims its reached a quantum computing milestone, while the other disputes the touted "supremacy" achievement 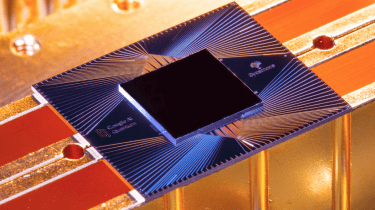 Google and IBM have got into a "quantum supremacy" discourse with the latter discrediting the claims of the former.

Google said its giant 53-qubit Sycamore quantum processor was able to perform a complex mathematical problem in 200 seconds, while the world's most-powerful supercomputer would need 10,000 years to complete.

Quantum supremacy is a theory put forward by Caltech professor John Preskill who said 'supremacy' is achieved when a quantum computer can do something a normal computer cannot.

Google made its supremacy claim in a paper called "Quantum supremacy using a programmable superconductor processor" published in the research journal Nature.

But the accuracy of the experiment was quickly called out by IBM, which refuted the claims.

"We argue that an ideal simulation of the same task can be performed on a classical system in 2.5 days and with far greater fidelity," IBM said in a blog post. "This is, in fact, a conservative, worst-case estimate, and we expect that with additional refinements the classical cost of the simulation can be further reduced.

"Because the original meaning of the term 'quantum supremacy,' as proposed by John Preskill in 2012, was to describe the point where quantum computers can do things that classical computers can't, this threshold has not been met."

IBM's research staff said that when Google's comparison to classical computing was made, it relied on an advanced simulation that uses parallelism, fast and error-free computation, and large aggregate RAM. But, it failed to fully account for enough disk storage.

Big Blue, which is deep into its own quantum computing research, said that it's "Schrdinger-style" classical simulation approach uses both RAM and hard drive space to store and manipulate the state vector.

The tech giant also suggested the term "supremacy" is misleading and has a negative connotation. The word, it explained, "exacerbates overhyped reporting" on the status of quantum technology and that "through its association with white supremacy, evokes a repugnant political stance".

"A headline that includes some variation of 'Quantum Supremacy Achieved' is almost irresistible to print, but it will inevitably mislead the general public," IBM said. "First because, as we argue above, by its strictest definition the goal has not been met. But more fundamentally, because quantum computers will never reign 'supreme' over classical computers, but will rather work in concert with them, since each have their unique strengths."