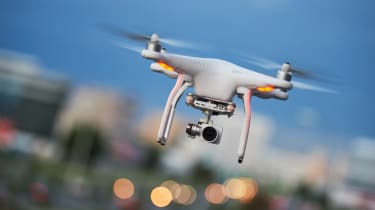 The technology onboard the fleet of drones, such as advanced cameras and AI-powered software, will allow pilots to determine whether something that appears on a screen is, in fact, a person.

When a camera is situated at great heights, it becomes difficult for the human eye to discern a 'speck' on the image from a silhouette of a missing person.

The advanced imagery technology - which is the result of a collaboration between Police Scotland, Thales and the University of the West of Scotland - can help identify missing people from up to 150 metres away. The software it uses to differentiate meaningless 'specks' from animals, vehicles or real people is light enough to be run on a smartphone and uses machine learning to continually increase its accuracy.

"The drone itself has very special sensors on it," said Insp Nicholas Whyte, of Police Scotland's air support unit to the BBC.

"There's a very highly-powered optical camera which can allow us to see things quite clearly from a good height. Also, there's a thermal imaging sensor which detects heat.

"We're there to find people. People who need our help or people who are lost."

The technology being deployed by Police Scotland is the latest in a line of deployments from emergency services across Britain in recent months.

The UK's Maritime and Coastguard Agency (MCA) announced in August that it was seeking applicants for its 990,000 drone contract to help search for missing persons up to 10km away from shore.

The technology would allow emergency responders to safely and remotely explore regions that would be difficult to investigate due to poor conditions such as low light, wind or fog.

The UK government also awarded funding to a variety of startups looking to use drone technology for more than cool cinematic shots and airport disruptions.

Ordnance Survey also said earlier this year that it would start using solar-powered drone technology to collect better images of Earth than was previously possible.

The 145kg drone named Astigan will be able to fly for 90 days at 67,000 feet without stopping and will capture images which conventional aerial image technology would struggle to do.