Campaigners block use of facial recognition and ICE access to data 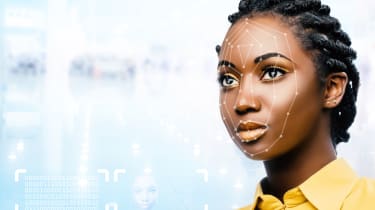 Activists have claimed victory in a long-running battle with US law enforcement to stop one of the most sophisticated and far-reaching facial recognition programmes.

A facial recognition system used by more than 30 agencies across San Diego, California will be suspended on 1 January 2020, according to a new agenda published by the San Diego Association of Governments (SANDAG). The technology is deployed by police officers in body-worn cameras and handheld devices.

Campaigners with the Electronic Frontier Foundation (EFF) have also celebrated the fact that SANDAG had disabled US Immigration and Customs Enforcement (ICE) access to law enforcement databases and computer systems.

EFF had previously lobbied to restrict ICE access to law enforcement databases, especially after it was revealed that the immigration agents were using facial recognition technology.

San Diego’s programme was launched in 2012, and provided more than a thousand facial recognition devices including phones and tablets to numerous agencies. EFF claims that officers conducted more than 65,000 scans with these devices between 2016 and 2018.

Suspension of the campaign, however, means SANDAG will not renew its contract with the vendor, FaceFirst, when their agreement expires in March next year.

The campaigners’ opposition to facial recognition centre on the argument that historical biases are entrenched and exacerbated through applying the technology, particularly across ethnic minority communities.

There have also been claims that the technology itself is not accurate, which can also leave systems open to abuse.

In New York, for instance, police officers had clumsily abused the technology to facilitate arrests when CCTV images were too unclear to identify the suspect in particular investigations.

The idea has been tested periodically in the UK over the last few years, with police forces across the country keen to take advantage of its benefits for law enforcement.

The Information Commissioner’s Office (ICO) stepped into the debate earlier this year, however, to warn police forces that the data protection risks must be assessed. The ICO added that any software deployed must guarantee that racial biases are eliminated.